Punching Up A Joke vs. Punching Down at In-dins

May 3, 2018
To me and my zany friends humor is a very serious matter. We study jokes and trade jokes and often argue about why some jokes are funny and others are not. We call each other Humor Masters, which in itself is a kind of mocking, facetious joke. As if there was such a ridiculous title and as if any of us would qualify.

I qualify all of the above because, in the August issue of True West we are planning a big In-din Humor feature, celebrating the lighter side of Native Americans and their under-appreciated senses of humor. Something I've long thought has been seriously overlooked. In addition to asking our Native American friends and writers to contribute, I've been scouring the web and elsewhere looking for Native jokes and sharing some of them with the Humor Masters to help me decide if we should use them. 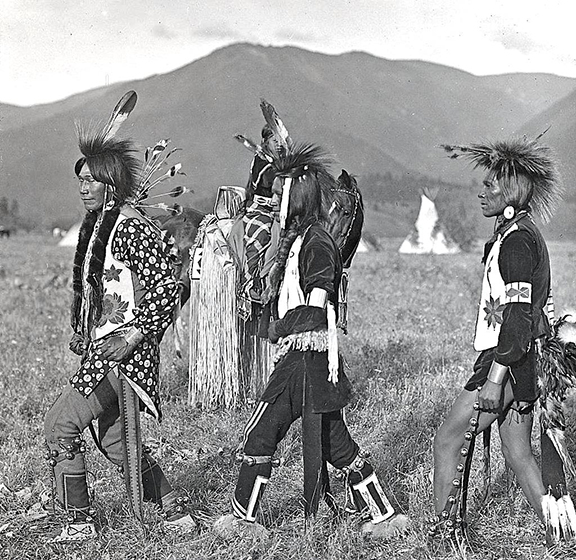 "Funny is as funny does"

Most of the collected humor is about what you would expect ("I hate snow. It's white and it's on my land.") but a few jokes are right there on the edge, like this one:


Humor Master Question:
What is the difference between General Custer and Johnny Walker?

I sent this out last night to my Humor Masters and asked if they felt it was appropriate for the issue. Here are just a few of the replies:

"Not sure if it's appropriate but I sure did laugh."
—Carson M.

"You can only run it if an Indian said it."
—Kathy Radina

"Are you out of your flippin' mind!?! That offends even my right wing mindset. And most importantly, it's not funny!!"
—The Top Secret Writer

Full disclosure: The Top Secret Writer did not use the word "flippin'."

Now, obviously I have no intention of running this joke in the magazine without attribution (and Kathy Radina is correct). But, what if I told you the joke came off a Native American website that specializes in and celebrates In-din humor? To be more specific, would it make a difference if the teller of this joke was Native American AND a comedian?

Which brings us to context. In this age of Identity Politics it is very important to a large group of people to know exactly who is telling the joke and whether they are punching up, or down. Here's a good example: 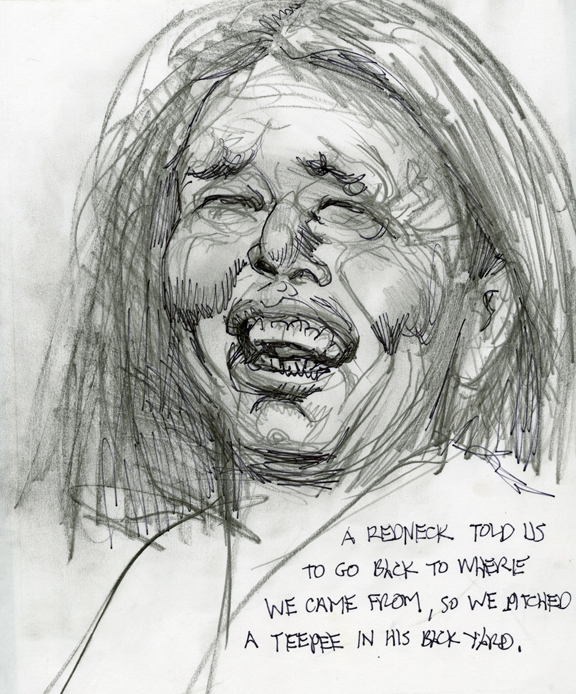 Daily Whip Out: "Punching Up Humor"

Punching Up A Joke vs. Punching Down
at In-dins
Cartoonist Gary Trudeau (Doonesbury) makes the claim that humor only achieves its highest purpose when it "punches up." In other words, when humor features the powerless kicking back against the powerful. His take is that punching down with humor is not good. When someone from a higher position in life "punches down" at someone through a joke or comment, it's not as funny to him.

So, if a commoner makes fun of the Queen it's funnier than if the Queen makes fun of the commoner? Unfortunately, I am pretty confident there is a good joke in there with the Queen being the aggressive tart and putting down the commoner. I don't know what it is, but I do know it's in there, waiting to be told. And I will probably laugh because it seems like a harmless set up, even though it's technically punching down.

Also, note that the above joke about the Redneck and the In-dins putting up a teepee in his back yard is pretty close to punching sideways. You could make a case that the In-dins are punching down at the Redneck (or at least delivering a round house to the face). But in the present culture it's okay to punch down at a Redneck.

"A basic tenet of humor—and I mean real basic, we’re talking ancient Greece here—is that your best stuff will come from going after people bigger than you."
—Scaachi Koul, BuzzFeed

The Ultimate Test
One of the unwritten rules of joke telling is if your audience shares your world view you can pretty much punch down all night long, and, b.) if you are going to punch down, better make sure the people below you are in on the joke.

Otherwise, "If you are going to tell the truth, better make them laugh, otherwise they'll kill you." That classic line has been attributed to Oscar Wilde, George Bernard Shaw and Charles Ludlam.

The Bottom Line:
When all else fails, make fun of yourself:

"For birth control, I rely on my personality."
—Milt Abel