It all started with two semi-unrelated events. I was looking for possible future True West covers and came across this painting: 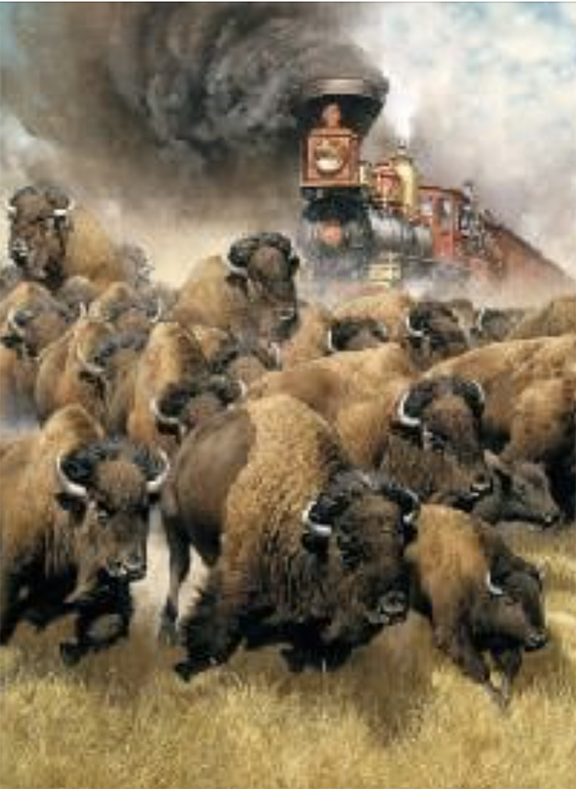 (cropped to show the proportions

of a possible TW cover)

Someone commented that it was a masterpiece and then someone else commented that McCarthy was merely an illustrator and not a fine art painter and then my brother in Art—Kid Ross—weighed in with this:

"When I was a junior in college I bought a book of Frank McCarthy's paintings.  One of my art teachers scoffed at it.  I didn't know why; now I do.

"You can see this in much of the contemporary western art scene: these guys get together and dress up to look like a mountain man or an Indian etc.  They take photos of each other and then merely reproduce the photograph....and you can both see and FEEL just how "dead" these paintings are.  (Especially when they give them names!)

"Look at Remington's paintings and how his brush work merely "suggest" things.....compared to Remington's brush work, Frank McCarthy's is detail pornography in that it shows you everything leaving nothing left to the viewer's imagination.

"I still have that book of McCarthy's paintings and I keep it as a reminder that it is in the obscure that we find the meaning; the obvious is merely the obvious.
"As your doctor I suggest that you go back and ingest more acid and listen to Jimi Hendrix at a very high volume.
"McCarthy was an illustrator, Remington was an artist, I am a drunk. So when these artists paint photo-realism I have no problem with that.....unless it is being judged as great art BECAUSE of it's realism."
"Respectfully yours!"
—The Kid Ross (as Huey Lewis always called me) 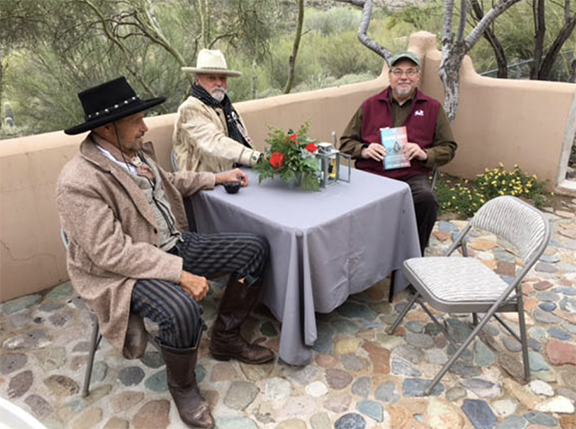 Meeting of the Obnoxious Hat Nitpickers,
December 19, 2015.
Left to right: Rusty York, Thom "Kid" Ross and Paul Andrew Hutton (showing off his Apache Wars book which was hot off the press and not even out yet)
"All paths lead to Pete Maxwell's darkened bedroom at midnight and when you get there, the Kid is gone, and the house is gone; only the river remains."—Kid Ross
Posted by Bob Boze Bell at 10:26 AM