Let's Hear It for Great Bowls of Fire And Beans In Chili!

Thanks to Sherry Monahan, we have a very cool feature in the Feb-Mar. issue of True West on the Chili Queens of San Antonio. And, by chili we mean chile and by queens we mean the women who cook those chiles.

So, for the past several days I have been noodling and sketching what those Queens might look like. 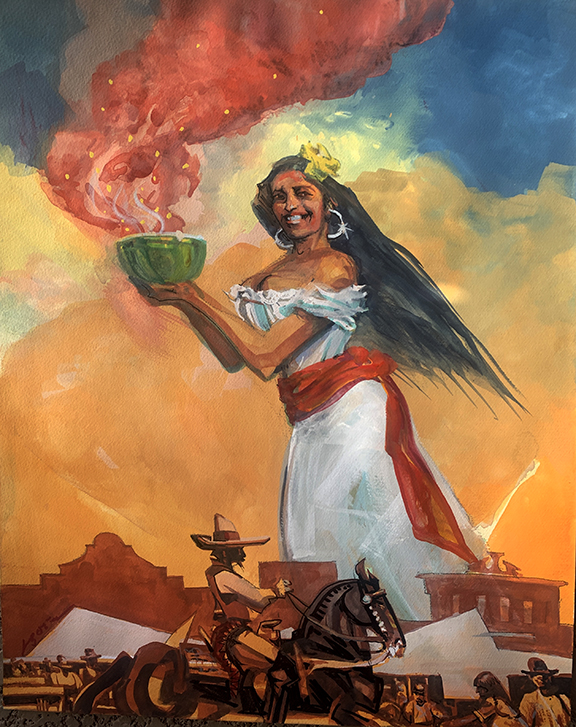 Daily Whip Out: "A Bowl of Red"

In the first couple roughs, I had her wearing a green chile crown, but I ultimately decided that was a Razz gag too far. 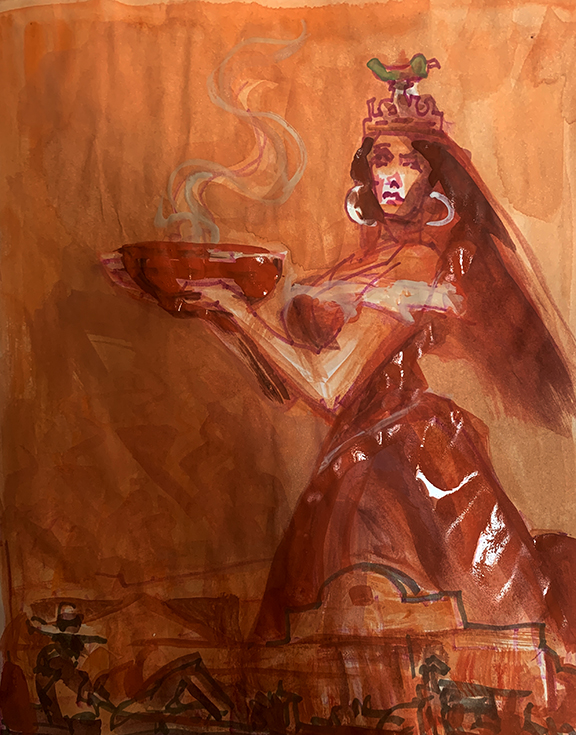 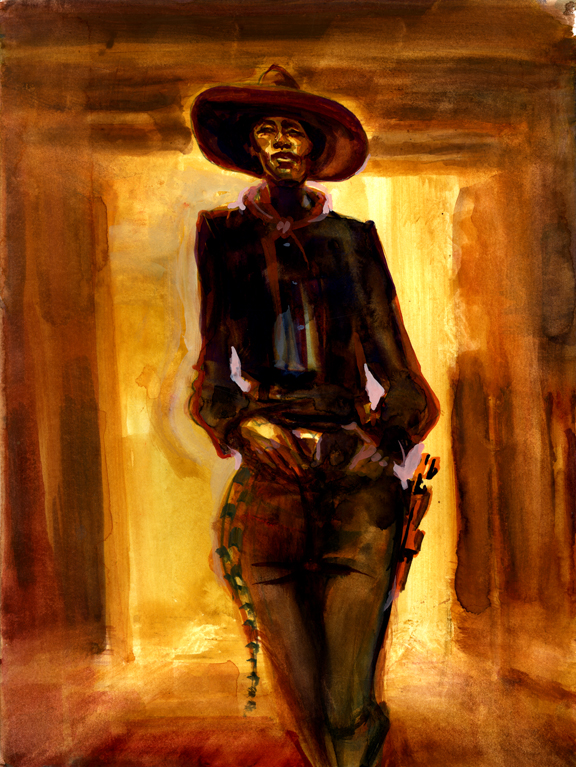 And I also experimented with other Western themed deliveries. 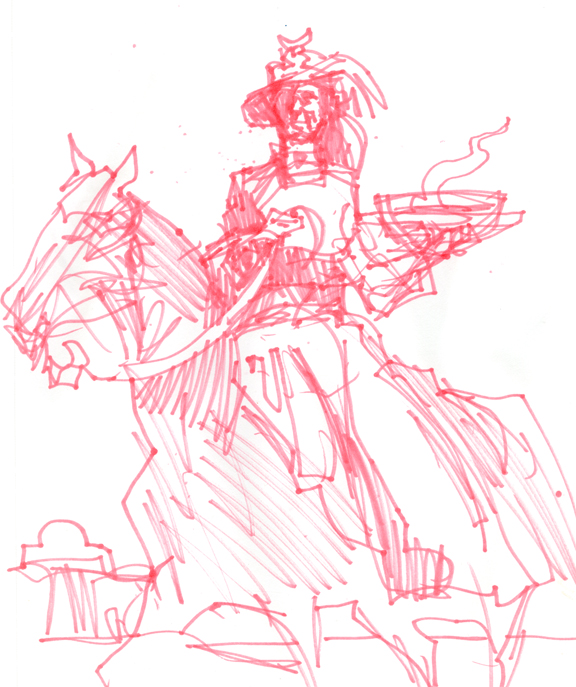 By the way, on the last episode of season four of "Yellowstone" they showcased a bunkhouse argument about beans in chili, with the newly converted Texan version of a cowboy, Jimmy (Jefferson White), ripping the Montana boys a new one over beans in chili not being chili. I technically agree with the Texans on this one, because, well, they invented the damn dish, but I must admit a soft spot for the midwestern concoction of beans in chili (that's probably the Iowa in me talking). To me, it's just another version of something I love, like those cranky Southern Rockers putting down Neil Young for being a dick about putting them down, but, at the same time, loving both of them for being so outspoken and proud, just the same. 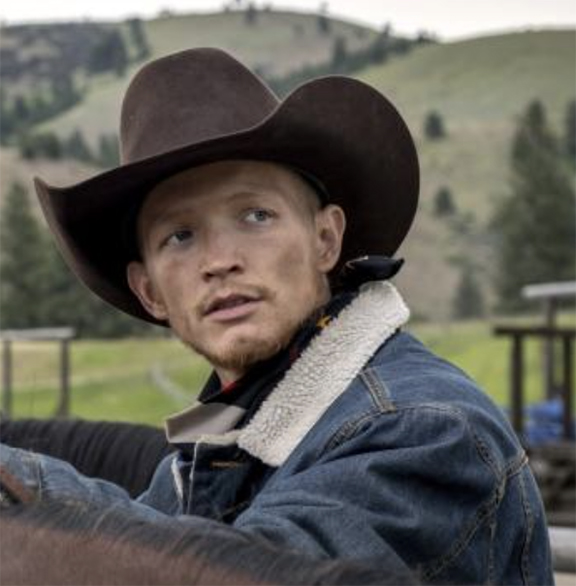 Jimmy Gives The Montana Boys What For

On The Subject of Beans In Chili

As the Dusty Chaps used to sing: "Chile today, hot tamale." At the end of the day, I love it all and I agree with Nora.

"I am the kind of person who really will drive hours for a bowl of chili."