The Chili Queens of San Antonio & Driving The Lane In 1928

I am fascinated by how certain simple ideas evolve into something spectacular, far beyond the original intention.

For example, here's the guy who invented basketball. Apparently he did it to amuse students on snow days when they couldn't play outside. Put a round ball into a basket, literally. Seems a long ways from today's concept, doesn't it? 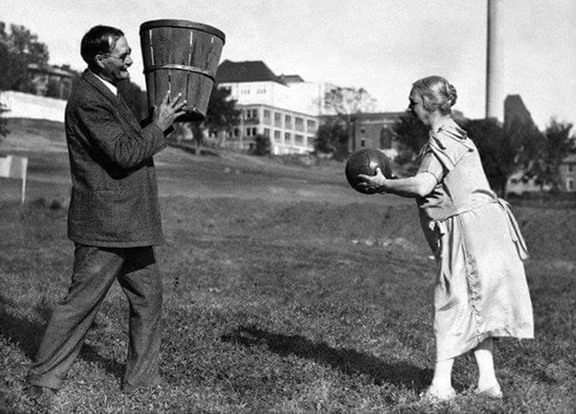 James Naismith
James Naismith, the man who invented basketball illustrates the idea with his wife in 1928. I think you can see she owns that lane.
Here's a classic film story that involves Kingman, The Hotel Beale and my shirttail kin. As the story goes, Buster Keaton was traveling through Kingman in 1924-25 and he stayed at the Beale Hotel and when he went into the bar for a drink he happened to meet a local cattleman who always stayed at the Beale when he came into Kingman on business. That cowman was Tap Duncan (my aunt Sadie Pearl married his granson). The cowboy and the comedian hit if off and Tap's Diamond Bar ranch came up and the next thing you know Buster leaves, goes back to Hollyood and returns to Mohave County with a film crew and they film a movie Buster wrote, called "Go West" around the Diamond Bar, which is north of Red Lake, but you knew that. Anyway, Buster's co-star, Brown Eyes, below, got second billing, because as one wag put it, "she did all her own stunts." 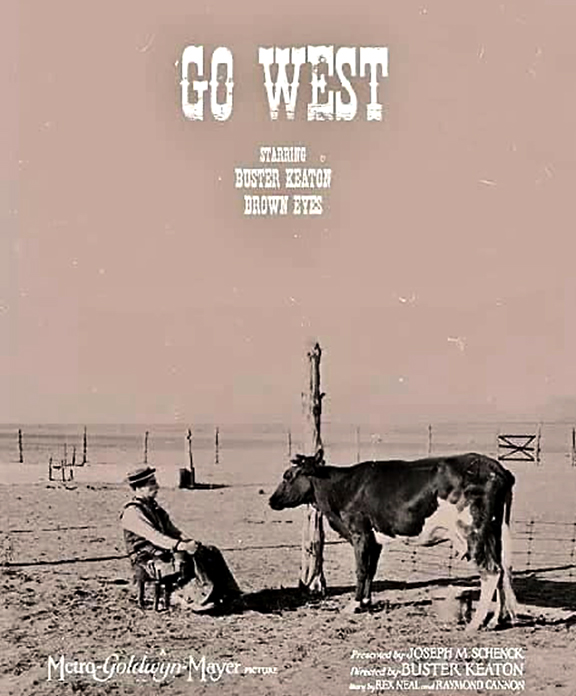 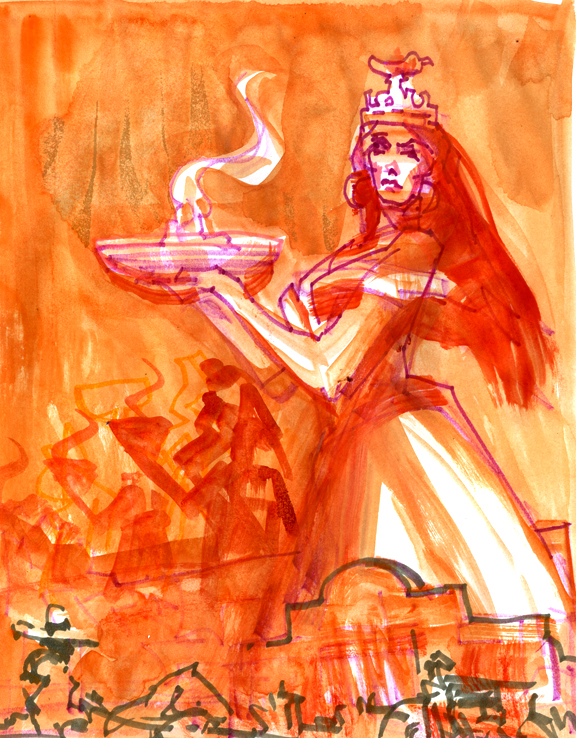 Daily Whip Out: "Chili Queens Sketch #1"
Still running strong on all my cinema connections for Mickey Free. Playing all the angles.
"I have never been quite clear what Going Hollywood meant exactly, except that as a unique selling proposition, it's a lot sexier than Going University of Iowa Writers' Workshop."
—John Gregory Dunne