Out On The Mickey Free Front

Got together with one of my cartoonist compadres, Jerry Scott, yesterday. The former Lake Havasu High School grad writes both the nationally syndicated strips, "Baby Blues" and "Zits," and draws, along with two other artists, the cartoons as well.  Jerry and his wife Kim (who also went to Lake Havasu High School), were in town and came out to Cave Creek to see their old home. We solved some life and drank some fine tequila (1800 Reposada) to make our conclusions more eloquent.

Meanhile on the Mickey Free front: 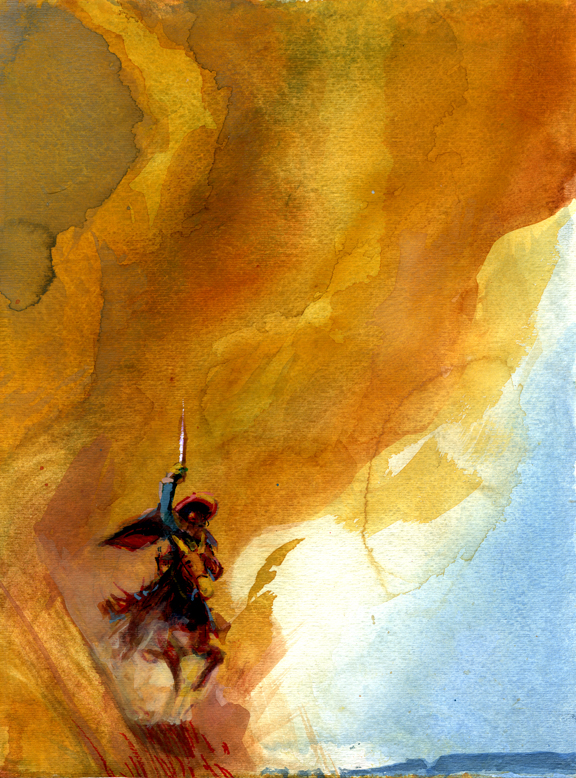 Yes, sometimes short and punchy titles give way to long, tedious and descriptive ones, but, eventually we get back to the concise-clipped bits.

Daily Whip Out: "Mick In Flames"

And, then there is the oddly, but historically correct named. 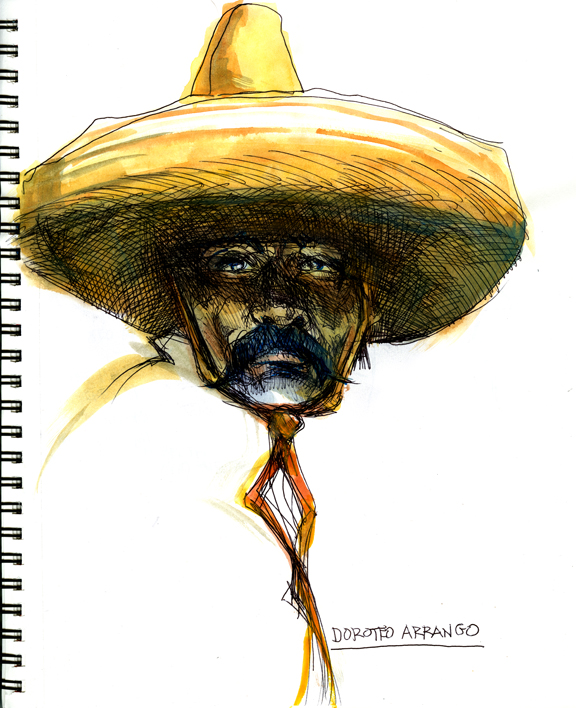 "The Penetrating Stare of Doroteo Arrango"

Meanwhile, our main boy was a little bit of everything and his pancho reflected his mongrel pedigree. 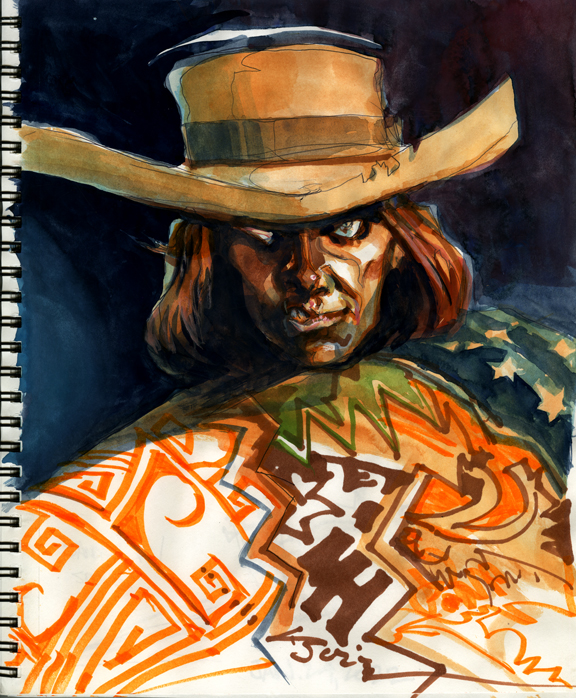 And, he rode that big, bad jack, who was himself a mongrel of sorts and the funny thing is, nobody wanted anything to do with either one of them. They were both cross-eyed mutts who nobody wanted to claim. 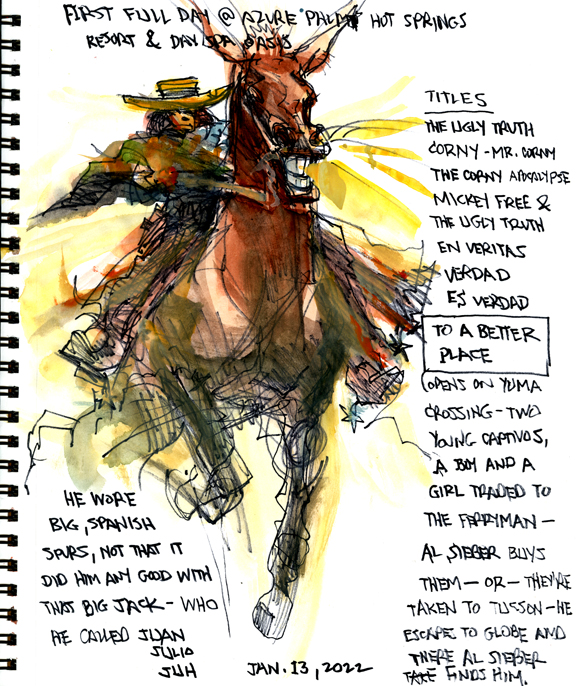