How In The Hell Did We Miss Woodpecker Arch ?

I need a visually strong opening for our Mickey Free story and I'm envisioning something like this. 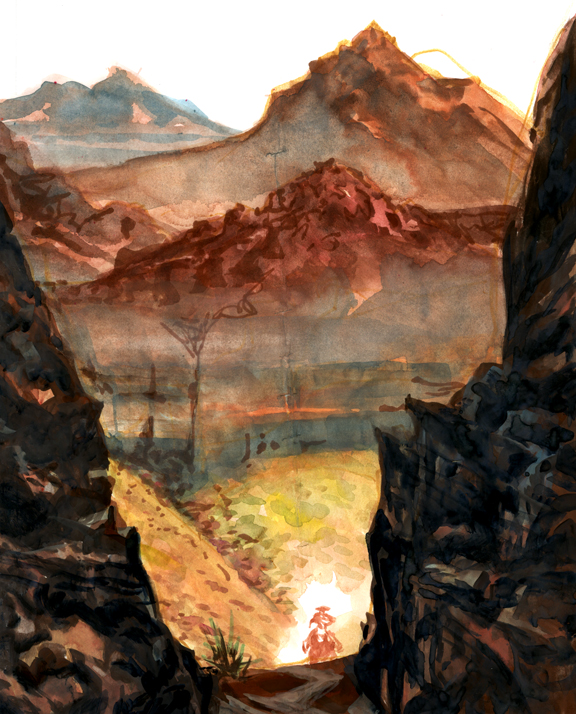 "He Rode Higher Into the Sierra Madre"

"So there we were trailing along behind Mickey Free and we went straight up into the dark heart of the Sierra Madre with Doroteo Arrango and his bandidos on one side and the Mad Russian and his Rurales on the other. We rode like that for several days and, I for one, never got a wink of sleep."

And now, for something completely different. . .

In the late eighties, our family drove to Cubero, New Mexico for Craig Hamilton's wedding to Anna Bebo. This was the trip where Tommy got the boxing gloves in Show Low and there's a funny family photo of him lying outside our tent (we actually camped!?) at El Morro Rock near Ramah, New Mexico with the gloves on. The joke being he was knocked out and is on the ground with the boxing gloves. One of my favorite photos was taken at this same place. El Morro Rock (east of Zuni) is where some of the Spanish explorers stopped to write their names in the sandstone and I believe the oldest is "Paso por aqui" (passed by here), Don Juan de Onate, April of 1605. We looked at the inscriptions and then decided we would take the hike, which goes around the rock face to the north side and up on top. One of the family members was rather cranky about this and pouted the entire way. I think you can spot which one of us that would be in this photo I took along the trail. 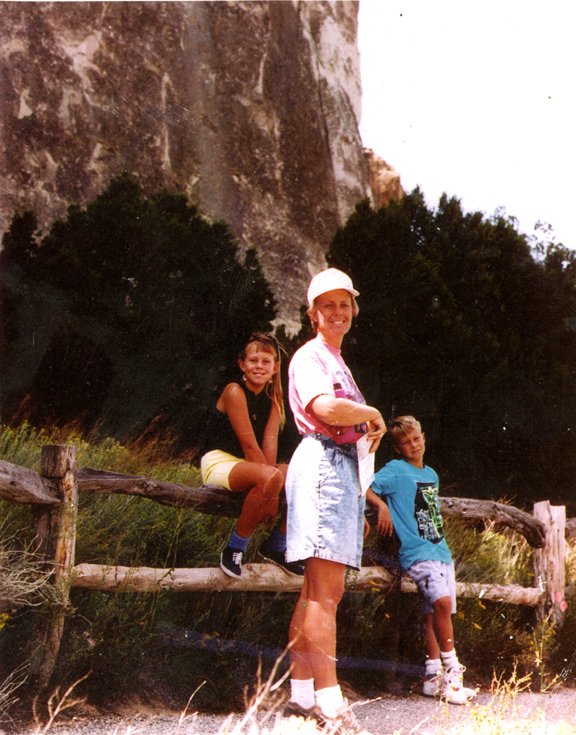 What's weird is, one of the most famous outcroppings on the cliff face, directly behind them, and to the left, is this dramatic arch. 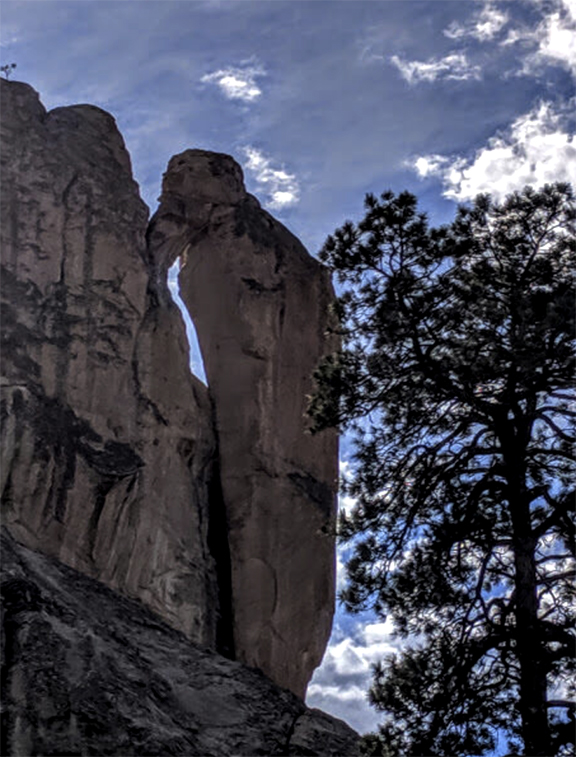 Dang! How did we miss that?!

I think we need to go back and check it out, don't you? Air up the tires, load up the CDs, it's time for a road trip.