The Life of A Desert Rat

We can't visit a new place and be there very long before I start seeking out the history of the region, especially seeking out someone quirky, who helped found the town. In the case of Desert Hot Springs, California, that would be Cabot Yerxa, who homesteaded in the Coachella Valley in 1913 and built a ramshackle pueblo-castle home from 1941 to 1949, that we visited this morning. 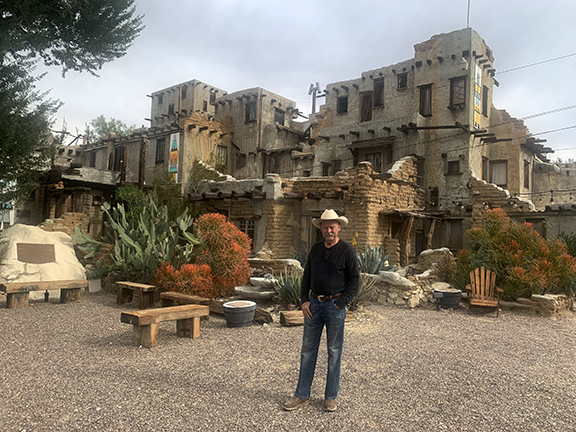 On this quirky, totally cool homestead, Yerxa, dug his own well and, in doing so, discovered a vast underground mineral springs acquafier. 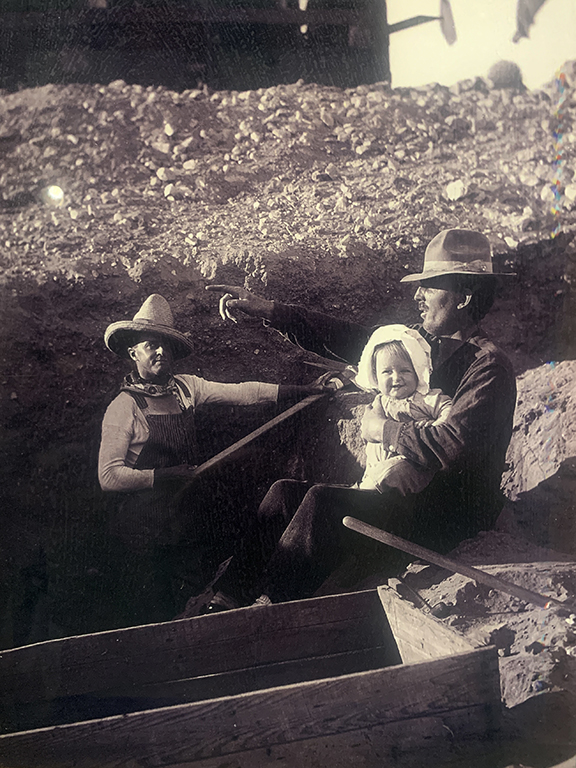 He discovered 130 degree water at a depth of thirty feet, up on Miracle Hill, which we can see from our resort window.

Yerxa wrote a column for the local paper—The Desert Hot Springs Sentinel—for many years (he died in 1965) and in one of the columns he describes encountering the local wildlife:

"So every day we learned more about desert animals, birds snakes, lizards and insects. Most were retiring and kept out of the way. Not so with the desert rat. This is the smartest little creature of them all, and it came forward at once to investigate us and our belongings. Rats went in and out of our boxes and bags. If no holes were present, then holes were made. Food was eaten on the spot or carried away to their storehouse in a business like way.

"A 25-pound box of prunes has 2,000 prunes, and rats left alone will carry every one away in a few nights. They will eat lables off cans, eat corks out of bottles, and cut holes through one inch boards easily, and two-inch boards with more time. Yet they look so clean and are so smart in eluding their enemies that one is tempted to forgive their depredations. All snakes are after them, coyotes work sly tricks, and hawks, owls and birds of prey watch for the busy rats day and night. Yet they prosper in a country where food is a problem and there is no water. Rats can climb a barrel cactus and gather seeds from its top in spite of all the thorns."

You might file this one under professional courtesy because Yerxa was a first class desert rat himself. In another column, he writes, "Letters are my only amusement. I do not have radio or visitors. I live entirely alone. I have not seen a moving picture in seven years, nor have I been in a restaurant, or any place styled as amusement, in seven years."

And, so, I love the guy. On a related note the first newspaper I worked on was the Kingman Junior High Desert Rat.

"The trouble with winning the rat race is you're still a rat."