Betty White Sassy to The End

New growth, a new year and another ridiculous sunrise over Ratcliff Ridge. Some things remain stubbornly the same and that's just one of the reasons I love it here. 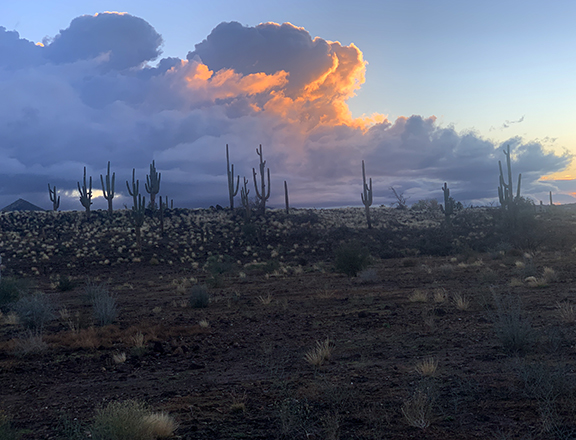 I sent this to Ed Mell with tbe note: "Isn't God ripping you off here?"

Went out for a walk and caught this poser, posing on the way back. 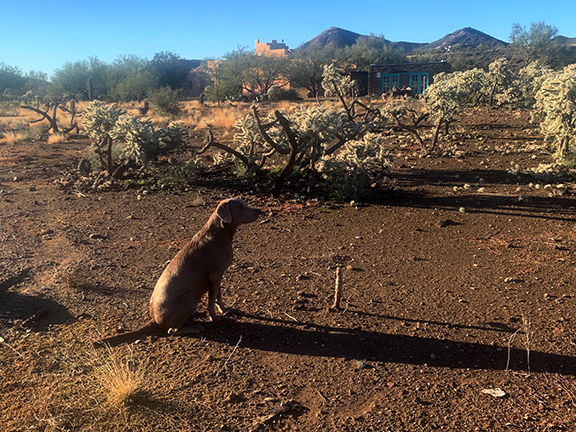 Uno's Home On the Desert

Full disclosure: I told him to sit and he gave me this profile look all on his own.

Asked just before her death, what was on her bucket list, Betty White replied: "Robert Redford." 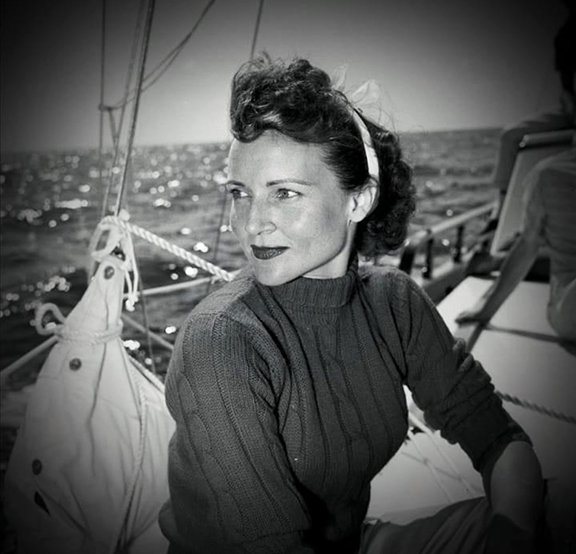 What a sassy, optimistic Babe. Love her.

Still noodling titles for the GN. 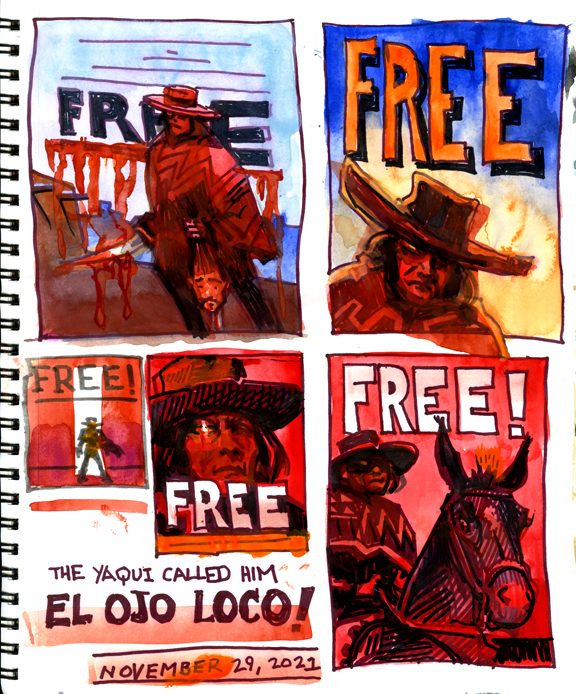 Meanwhile, The Top Secret Writer recommends the title, "Mickey Free!" To which my Aussie friend, James Mills, chimes in, "I agree with Hutton. Mickey Free is too marketable a name to cut it in half."

We finally broke down and paid for Paramount+ last night so we could see the second installment of "1883" and we were not disappointed. Such a good show. A cameo by Billy Bob Thorton as James Courtright for some kick-ass-shoot-em-up killing. I totally dig it. Great characters, brilliant writing and honest as hell. Just the best. I think you are going to find this cat on the cover of True West down the road a piece. 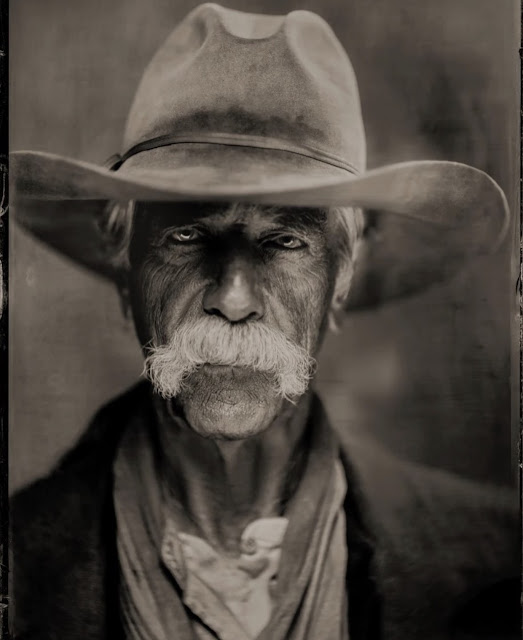 Speaking of authentic writing, I was looking for period language for the Mickey Free project yesterday and put on a cassette tape Paul Northrop gifted me of Will Chisum being interviewed about the Lincoln County War, I think in the 1940s or 50s. Will, is a nephew of John Chisum and was 14 at the time of the McSween fight. He calls Alex McSween "Mack" and Will is full of so many back-in-the-day verbal ticks, like, "Don't you know," which phonetically comes out as "Don-cha-know," as in, "he was the head of that outfit, don-cha-know." One tidbit was hard to make out, but it sounds like he says, "I was so mad, I could fight a circle saw," but perhaps I heard it wrong. Another good slang example is, "Along about '84 we come along in July (pronounced Jue-lie)" and at another point he says, "he opened up that spread down there in 19-and-15 (as in the year 1915)." Of course he throws around the N-word pretty freely and he's mainly talking about Frank Chisum, the freed slave John Chisum took in and I featured prominently in my BtKIII book. One more Will-ism: "This ol' boy had to go to town. . .and they was liable (pronounced li-bel) to fight any time. . ."

Then, in the spirit of oldtimers talkin', we have this. . .

"We rode down to the river, which was yellow and swollen from the spring rains, and swam the ponies across, I holding onto the tail of ours and spinning like a lure on a fish line."