Back to basics, with an eye on the sky, I mean, eye on this guy. 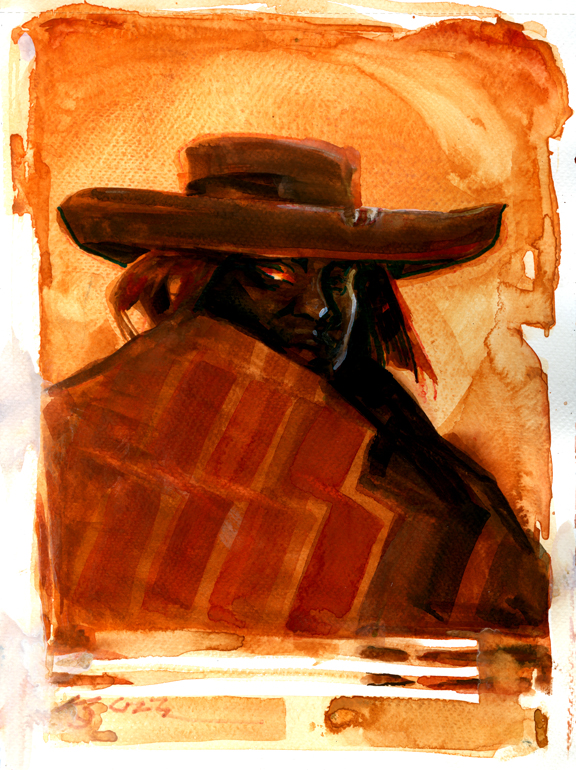 Daily Whip Out: "Mickey In Shadow"

"Yes, I knew Mickey Free and I was there when he bagged the Apache Kid. Mickey’s real name was Felix but he was captured as a young boy by the Tonto Apaches and raised with them on Aravaipa Creek where he learned the pinecone process and many other warrior tasks.He was light on his feet, with a sidewinder gaze."

Speaking of Westerners with a sidewinder gaze. 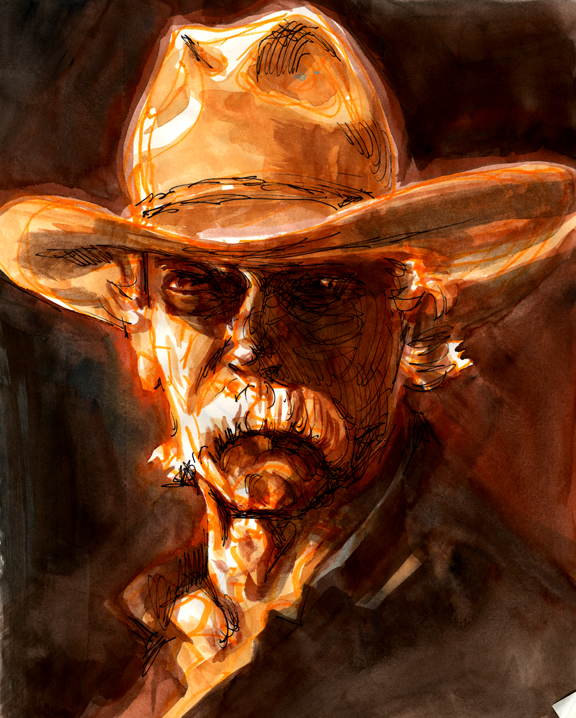 Daily Whip Out: "Sam The Man In Twilight"

Three Shows In With Another On The Way

“I don’t know how to make a TV show,” Sheridan told me at one point, at least not the way that other prolific show creators like Chuck Lorre, Shonda Rhimes, Ryan Murphy and Greg Berlanti do it, which involves a lot of delegation and trust. “I don’t have any idea and don’t really care to learn. I don’t do pattern budgeting, or write act breaks into things. I write 10-hour movies, and go shoot them. I don’t have a writers room, I’ve written them all myself. It’s not for lack of effort, I’ve tried three times.” 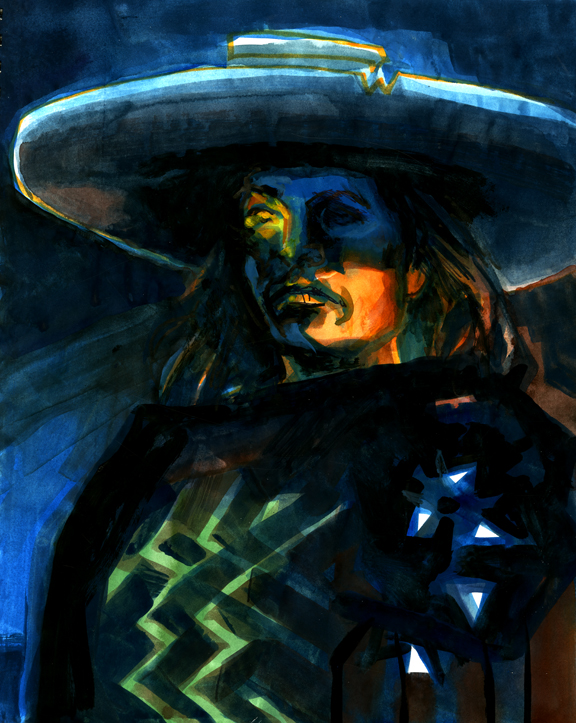 "He moved like a coyote, head down, slinking along with a shifty gate. He could not be trusted with livestock or women."