We are working on a character for the Mickey Free story I am calling the Gotcha Kid, a young, whippersnapper reporter who hates bad history and exposes many of the lies in the popular Mickey Free story which will anchor the first half of the story. He is very brash and he's hopelessly stuck in the seventies with paisley shirts and a scorpion embedded bola tie. This is how I envision him. 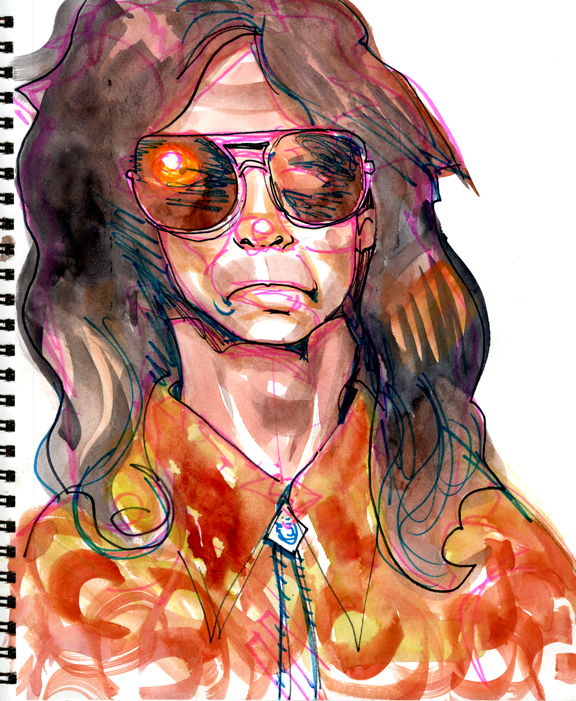 Daily Whip Out: "The Gotcha Kid"

I was inspired by a bola tie that I was gifted by the New Times Weekly many moons ago, but when I went to find it, I discovered it was not a scorpion but a black widow. 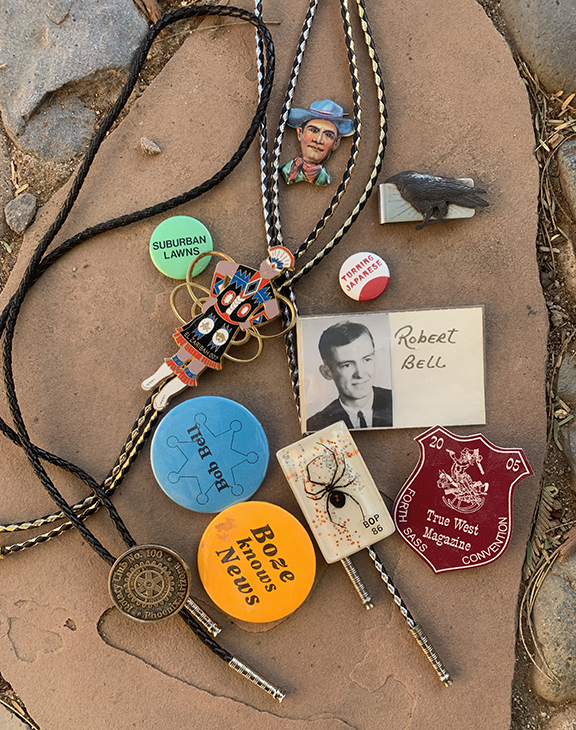 Anyway, just giving the reporter a bola tie is hilarious enough, but to make it a scorpion, or even a black widow, is priceless and I'm glad I saved all those do dads just for this art reference.

Remember the old just married joke: Hot springs tonight! Actually, that's exactly what Kathy and I are doing today. Traveling to a California hot springs. She is convinced my long haul Covid symptoms of having a constant headache and acute tinnitus are due to stress and not the pandemic and she wants me to literally chill in the hot springs for seven days and seven nights.

Meanwhile my son thinks I'm merely suffering from "oldassittus." Such a smart ass he is. 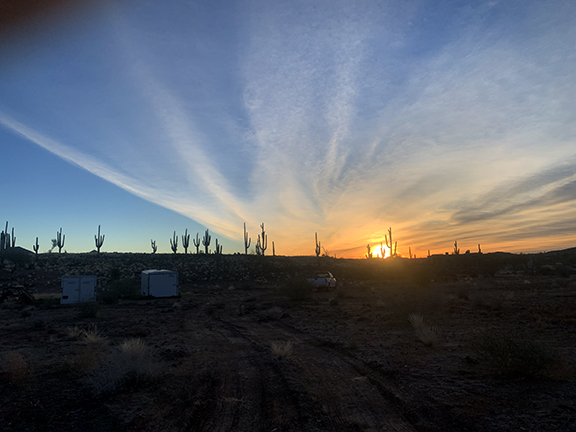 An Ed Mell sunrise this morning over Ratcliff Ridge. My daughter Deena remarked it looks like the saguaros are doing their morning yoga excercises and stretching towards the sun. Kids today.

“A tourist is a fellow who drives thousands of miles so he can be photographed standing in front of his car.”