Saguaros that grow in the Cave Creek riverbottom often have twisted arms because they bend in a tortured manner from frost and freezing conditions (there is more moisture in the air held in by the canyon walls). When we first moved out here, in 1987, I went out one day and sat underneath this giant near our house, in the creek bottom, and drew it from the ground, underneath, looking up at the sky. 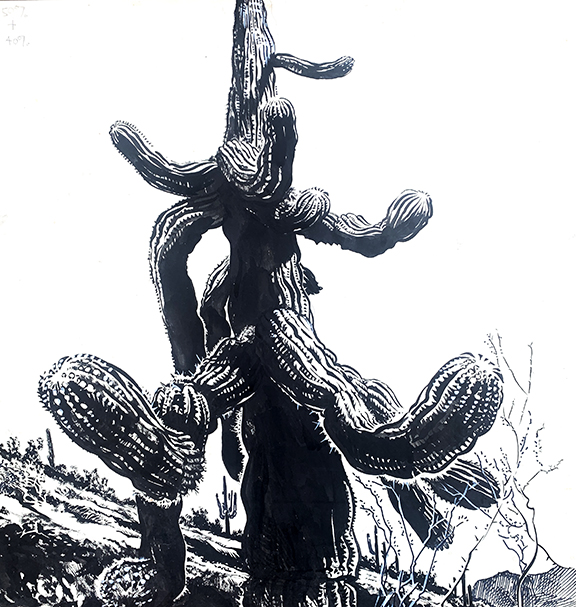 Unfortunately, this massive contortion-gymnastic flowering-sky dweller did not survive and fell some time before the millenium.

With the rise of the new Taylor Sheridan hit show "1883" once again the question is raised: did the citizens of the Old West really swear like they do on the show? If you are skeptical about all this potty mouth stuff, here is someone who agrees with you.

"The fact must come home to every observer that Deadwood's rising generation is very depraved. Go where we will our ears are greeted with profanity and obscenity from almost baby lips, while our visionn is assailed by sights of the most lamentable character. These urchins are not all of that peculiar class known as 'hoodlums' for whom ignorance is some excuse, as many of them receive the kindest and best instruction at home, but from too lenient parents who allow their children to wander through the city, visiting haunts of iniquity where are exerted those pernicious influences which sooner or later deaen the most acute sensibility, destroy all sense of righ and morality and inspire to an emulation of the worst characters of the town."

So, exactly ten months before the gunfight at the O.K. Corral, people were already complaining about all the swearing in Deadwood, South Dakota, of all places. More than a century later, the home to the HBO hit show of the same name, where swearing was unleashed at an even greater volume than in "1883" or "Yellowstone," put together.

Two things are clear. When people say the swearing in a Western is not authentic, they are actually reflecting to the mid-Twentieth Century morays in poplular culture. The court records from the nineteenth century are replete with plenty of swearing, and it's brutal and all inclusive. And, two, the style of swearing evolves with certain words gaining in prominence (the F-bomb allegedly became ominpresent during WWII). So, a case could be made for the citizens who lived through the actual year of 1883 might not have uttered the F-bomb with such frequency, but—and this is critical—most men in polite society did not swear in front of women or children. Out on the frontier, women like Sarah Bowman aka "The Great Western," swore like sailors with the men. So, the most inauthentic part of "1883" is when Sam Elliott uses the F-bomb in front of the women. That is just, well, flippin' awful. 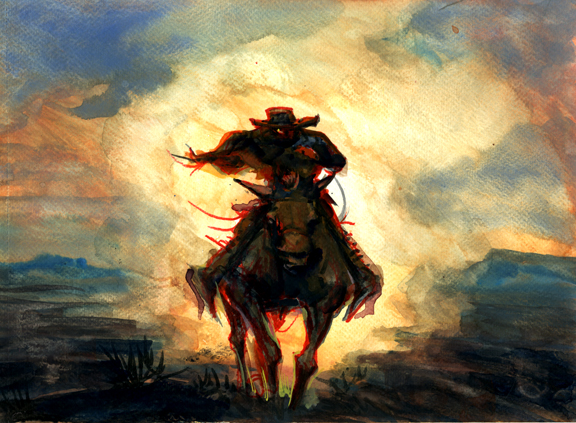 Daily Whip Out: "Mickey On The Jump"

"I think that if a man has the urge to be an artist, it is because he needs to find himself."