A Good Clean Story, With Pep

June 11, 2015
Went home for lunch today to try my hand at a portrait of a certain lawman in the sunset of his years. Unfortunately, he ended up looking more like a cross between Lute Olson and Ben Traywick. 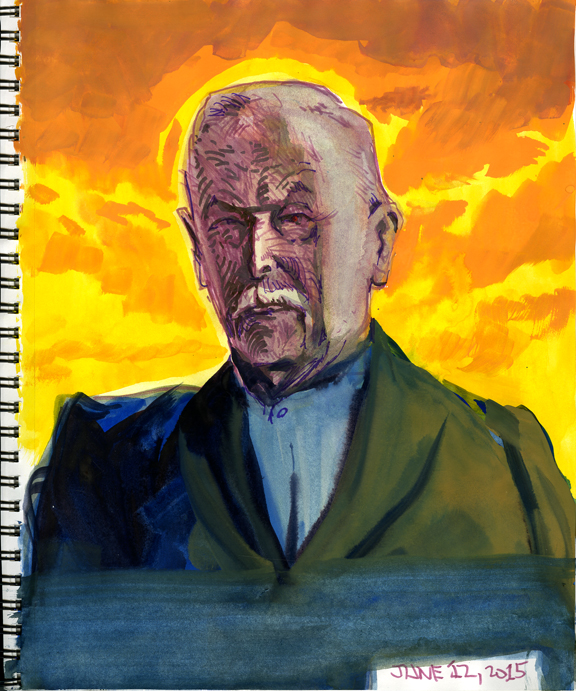 Daily Whip Out: "Some Ol' Bird Who Looks More Like Ben Traywick"

And yes, the date is wrong on the drawing (one day too early). This morning, before I came into work, I was studying old cartoons, looking for line work style to lift from and saw an old school kitchen and started copying. One thing led to another and the balloon wrote itself: 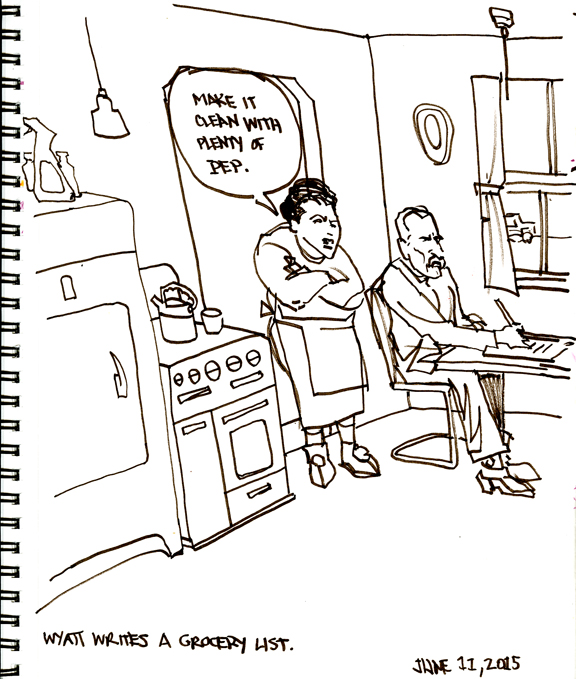 When Wyatt left Tombstone as a fugitive, in 1882, he left behind two years of investments and was able to divest himself of only a few, while many of his investments were sold off for taxes and he, and his brothers, lost everything.

Wyatt almost cashed in when he and Sadie were in San Diego. He sold saloons and gambling halls like crazy (he allegedly had four at one time), but in the end it all crashed and they left for another boom town. As Allen Barra points out in his excellent book, "Inventing Wyatt Earp" ". . .the more money Wyatt made the more he gave it to friends or invested in oddball schemes. Wyatt may have been a capitalist, but he was never a businessman."

Studying his life it seems a long way from "Law And Order," (1932) the first movie supposedly inspired by the events in his life, to hit theaters after his death that featured him as the main character.

"The art of progress is to preserve order amid change and to preserve change amid order."
—Alfred North Whitehead