Wyatt In His Prime

June 21, 2015
Been working all weekend on Wyatt Earp in his final years. Studying his photographs He seemed resolute, yet kind of defeated. His eyes still burned with an intensity, but he seemed beat down, to me. I can relate. So much of our world, the world we knew, is disappearing right before our eyes. From his Boomer days in the 1880s to 1929 is a long slide to witness. 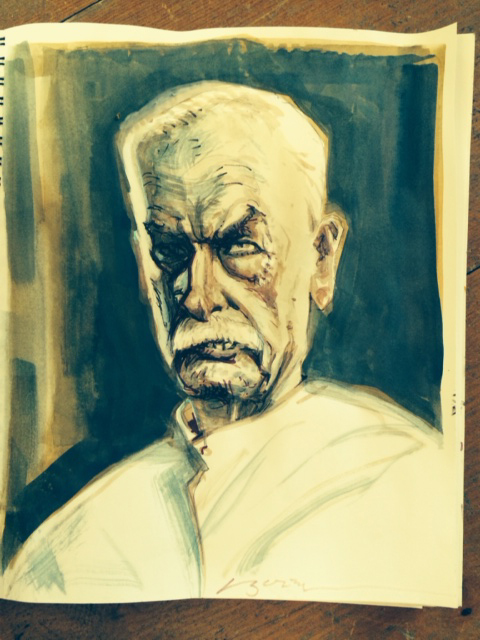 Stuart Lake admitted to a friend that Wyatt was almost impossible to interview. He answered everything with a "Yep." Or, a "Nope," and occassionally, a "Don't recall." Then, of course Earp dies and Lake can have him say anything he wants him to say. One of Wyatt's friends said, after reading Frontier Marshal,  "I never heard Wyatt talk like that."

"Morgan had a boyish curiosity which I never knew to be satisfied. He had been much interested in reported experiences of persons who were said to have had visions of heaven when at the point of death, and who had rallied long enough to leave behind them word of what they saw. Morg got me to read one his books on this subject, and one night when he and I were camped on the desert, we had quite a discussion over it. I told him I thought the yarns were overdrawn, but at his suggestion we promised each other that, when the time came for one of us to go, that one would try to leave for the other some actual line on the truth of the book. I promptly forgot the thing. Morg didn't. He was sensitive to the fun others might poke at such notions, so, in the last few seconds of his life, when he knew he was going, he asked me to bend close. "'I guess you were right, Wyatt," he whispered, "I can't see a damn' thing."
—Wyatt Earp as quoted by Stuart Lake in Frontier Marshal

Late this morning, I wanted a change of pace, so I dug around in my failure pile, which I keep in the breezeway, and located a failed board and thought it had some potential and gave it another go. 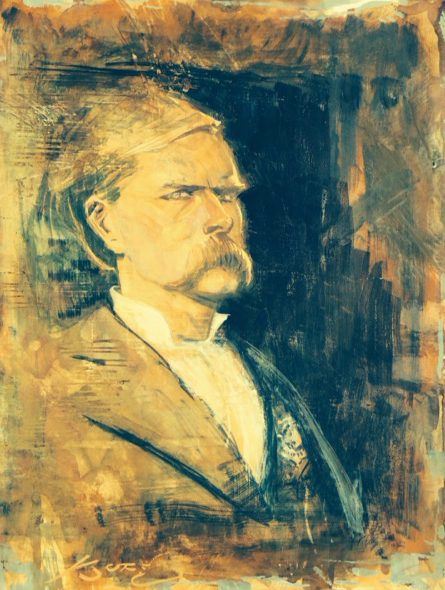 Daily Whip Out: "Wyatt In His Prime."

"You talk too much for a fighting man."
—Wyatt Earp to Ike Clanton the night before the O.K. Corral fight