Eternal Anger at The O.K. Corral

June 18, 2015
The Tombstone story has always brought out severe animosity from both sides of the equation. "Same story. Different loyalties." Sometimes it's hard to see clearly. Went home for lunch and executed this study. 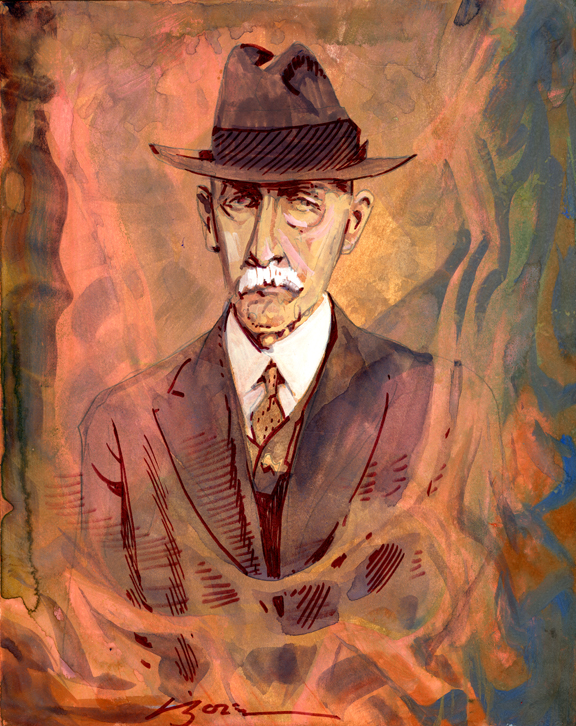 Of course, I don't mean the smoke screen was created by Wyatt himself (although he could be misleading when it served him—buffalo hunting in 1872? That's a joke. He was arrested twice on a floating bagnio—a whore house on water—in Peoria, Illinois in 1872). Perhaps a better title would be "When The Smoke Clears." On second thought, the first title stands.

Eternal Anger at The O.K. Corral
And speaking of Frontier Marshal, Casey Tefertiller is fed up with the lies (that means you O'Reilly) and the fabricated fantasies of "The Icon," and all the other con men masquerading as writers (full disclosure: I am a cartoonist masquerading as a writer). Casey has finished writing a new book about separating the factions from the fiction.  He is also writing a piece for True West on this subject and it will, at the very least, stir the blood, and probably fry a few brains. I guarantee it.

"If the solution to a problem of absolute disagreement extends to a call for bloodshed, then neither party has demonstrated the intelligence to formulate the question properly."
—John Steinbeck
Posted by Bob Boze Bell at 2:55 PM