June 20, 2015
Thanks to Paul Seydor, a respected Hollywood film editor ("White Men Can't Jump" among many others), and the author of the excellent book "The Authentic Death and Contentious Afterlife of Pat Garrett and Billy the Kid: The Untold Story of Peckinpah's Last Western Film," I binge-watched the entire last season of  "Justified." A couple weeks ago, when we were in Pasadena babysitting Weston, I had a chance to meet Paul and have lunch. Paul asked me if I had seen the last season of "Justified," and I hadn't, so he implored me to check it out because he believes it's one of the finest TV narrative productions ever.

So, it took me a couple nights, but I watched the whole last season. First off, I loved the repartee, the music, the quirky acting (Sam Elliott as a badass bad guy!) and the many, many classic Elmore style one-liners {"Yes, I shot you in the back. To shoot you in the front you need to run towards me."). An original, authentic Western set in the East. Amazing. 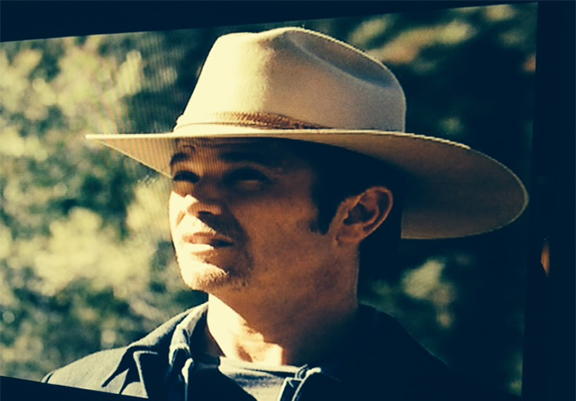 I thought some of the episodes were long on crazy plot twists and short on believability (I especially disdained the episode where Walton Goggins' character, Boyd, takes Eva out under the pretense of hunting—but we know he is probably going to whack her for being a snitch—but the writers milk us for every false turn and set-up). Beyond that and a couple flat spots, I absolutely loved the shootouts and the mayhem. The RV gouge-fest where the Snitch, handcuffed to a table leg is the last man standing, or in this case—sitting, was just wonderfully original. And, I loved the last shootout on the highway with Raylan and the punk Kid, Boon (a definite Billy the Kid influence).

Raylan and the bad guy Boon slap leather in the final episode.

They both go down, and it appears Raylan has been kiilled. We see a hole in his hat about where the top of Given's head should be. 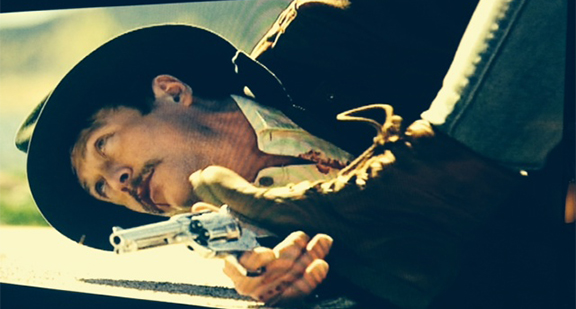 Boon gets his hand stepped on.

Boon is going to finish Raylan off, but the heartless weed girl steps on his hand so the punk can't finish off Raylan. Cut to, an overhead shot: 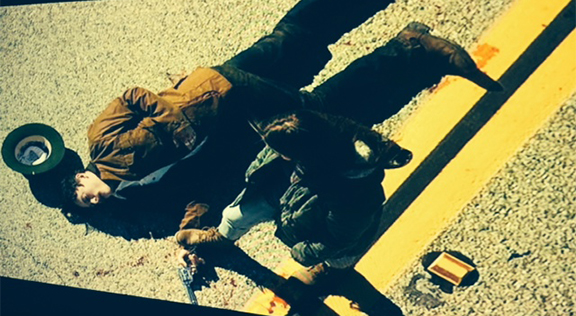 Just damn cool. So, how could our Hollywood friends possibly ruin the whole thing? By giving us this: 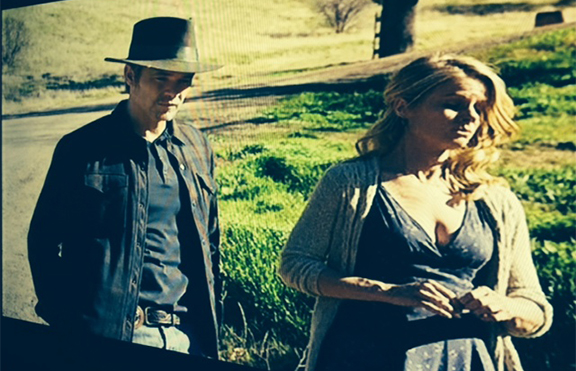 
So, Raylan survives, just barely, and his hat is ruined, and so he goes and trades in his signature hat—the last cowboy hat on national TV!—for an urban, stingy-brim, pussy hat! That was so false and so Hollywood wrong. You might as well throw away the entire seven seasons if you're going to give him that piece of shit hat. Who is he now, Indiana Jones? I may have to see a lawyer about this. 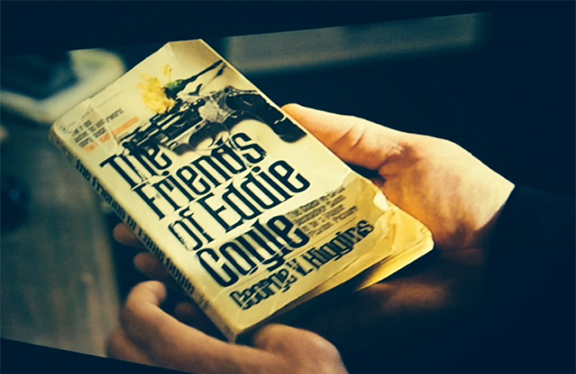 "He had ridden so far and sent men to hell, and for what? A God-damned stingy brim?! No flippin' way!"
—BBB, who is obviously not over this, yet

Okay, got this link to a Vanity Fair review of the finale from Chris Casey (thanks amigo) and I agree completely:

Did 'Justified' Get The Ending It Deserved?

"And that, perhaps, will be the Justified finale’s most enduring image: a poor gunned-down Stetson on the border of Harlan County."
—Joanna Robinson
Posted by Bob Boze Bell at 7:35 AM