June 4, 2015
It's our last full day babysitting in Pasadena. Actually kind of cold here, can't wait to get back to the heat, but I will miss this guy: 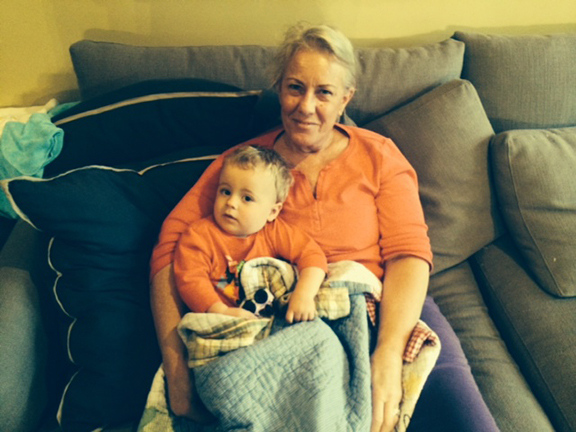 Last fully day in Pasadena. Check out those matching shirts!

Yesterday I ran the comments about the famous historian defending Bill O'Reilly and David Fisher's "Legends & Lies." With that in mind, here are a few nitpicks from the book:

Killing The Fact Checker
Given the sheer number of topics the authors have taken on—Jesus, Patton, Kennedy, Lincoln and now a dozen Old West icons—it's a wonder they get as much right, as they do, but there are still plenty of errors. Here is just a taste:

• Sometimes events and passages are true, but in the wrong order: Custer observes the Indian village on the Little Big Horn River from the Crow’s Nest, so he sends a note to Benteen “commanding a nearby battalion” to “be quick!”

• In the Billy the Kid chapter, Tunstall was not found dead "next to his buckboard," The Kid did not learn of the killing later, he was on the scene.

• Even when they are right, they often end up being wrong: a caption on a spurious Billy the Kid Wanted Poster ($5,000) mentions the fact that "most of them were created to take advantage of his fame after his death." This is spot on—the one pictured is from the 1970s. Then the authors step in it by adding "The facts here are accurate." No, his actual $500 reward "poster" was published in the Santa Fe New Mexican, not the Las Vegas Gazette as cited in the caption.

• We get the tired, and untrue, chestnut that Billy told the judge in Mesilla, "You can go to hell, hell, hell."

Which is where the editors at Henry Holt, should be sent for not hiring a competent fact checker.

"You've really got to start hitting the books because it's no joke out here."
—Spike Lee