Guys Lke Me Were The Bane of His Life

June 9, 2015
Our next issue goes out the door on Thursday. Meanwhile, I'm shifting gears to concentrate on this guy: 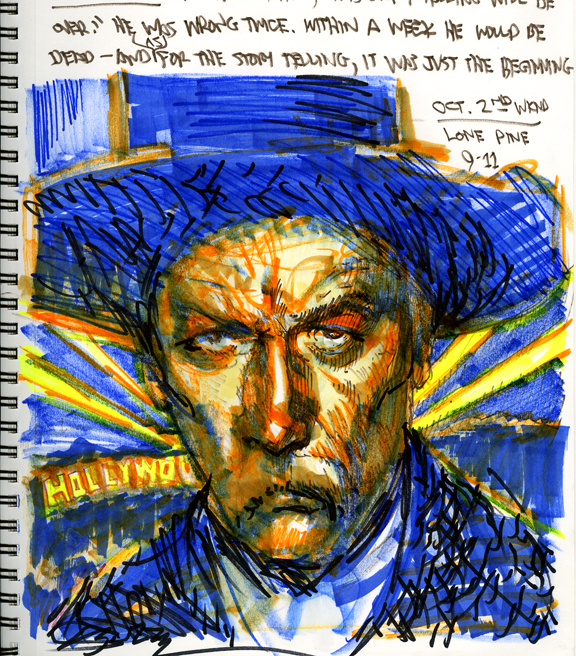 Daily Whip Out: "Wyatt Earp In The Last Boomtown"


Wyatt Earp tried and tried to get his version of events published but he felt burned by all the writers he met, especially Walter Noble Burns. He described writers—like me and my friends—as "the bane of my life." After feeling used and abused by Burns he wrote, perhaps "my health will be back to normal when this story business is all done with." He was wrong twice. Less than a month later, in January of 1929, The Lion of Tombstone would be dead. And, as for the story telling, it was just beginning.

"Notoriety has been the bane of my life. I detest it, and I never have put forth any effort to check the tales that have been published in which my brothers and I are supposed to have been the principal participants. Not one of them is correct."
—Wyatt Earp
Posted by Bob Boze Bell at 3:53 PM