Jerimiah Was A Bullfrog

June 19, 2015
Got up this morning and worked on a couple images. In the mid-1920s a sports writer from Chicago named Walter Noble Burns, sought out an old, part-time lawman, and featured him in a book "Tombstone: An Iliad of The Southwest." From that point on, the nation became both enamored and disgusted with Wyatt Earp. 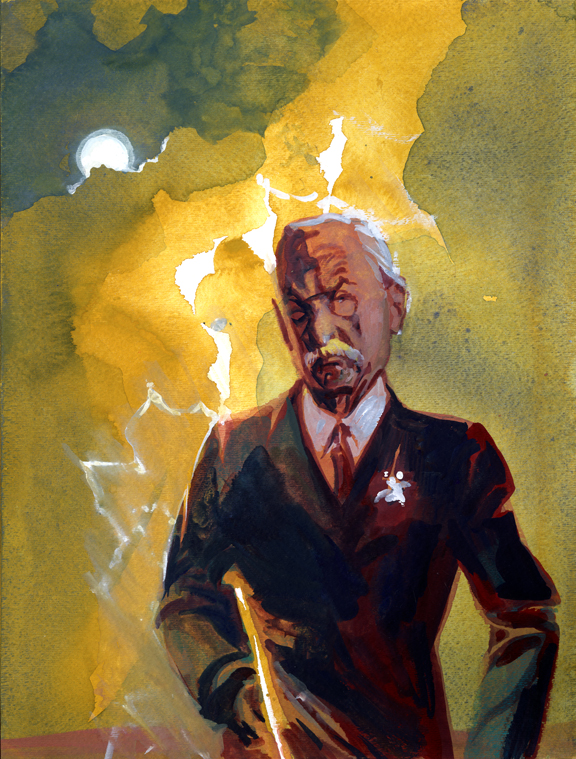 Daily Whip Out: "The Lightning Rod"

The old gunfighter had his share of fans, including President Teddy Roosevelt, who invited several Old West characters to the White House including Pat Garrett, Bat Masterson and Geronimo. One of Teddy's young aids remarked, "Why does he like killers?" 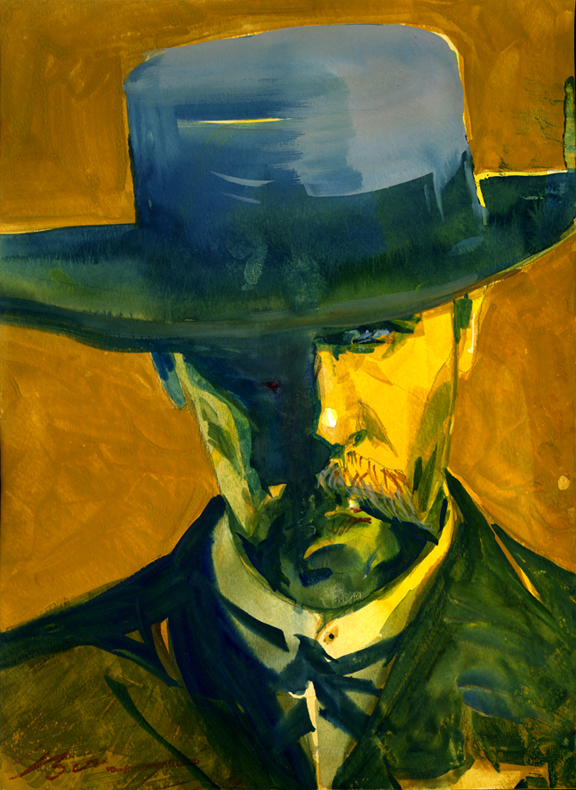 Daily Whip Out: "Into The Eyes of A Killer"
I was attacked earlier this week in the pool by a frog. He jumped out of the return slot, right onto my arm as I was sitting on the steps after swimming laps. I think he was looking for a leverage out of the pool. Well, I jumped so high, I think I cleared the water and then I couldn't get to him as he dove to the bottom (the pool skimmer is broken).

When our good neighbor Tom came up to exchange newspapers this morning, he helped me get the big boy out of the pool. Tom claims he is a bonified frog and how he got to our pool is anybody's guess. We put him in the corner by the ironwood tree. Here he is: 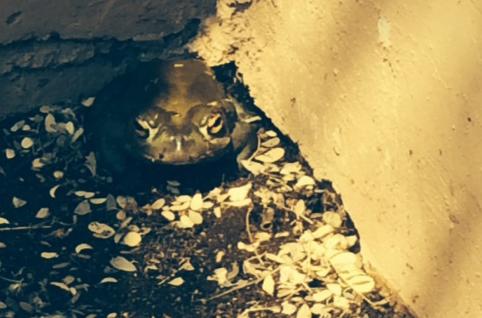 Jerimiah Was A Bullfrog. He was A Good Friend of Mine.

According to Carole Glenn, they eat bugs, so I need to set him up near a light tonight so he can grab the bug buffet.

"I never understood a single word he said, but I helped him drink his wine."
—Three Dog Night, "Joy to The World"