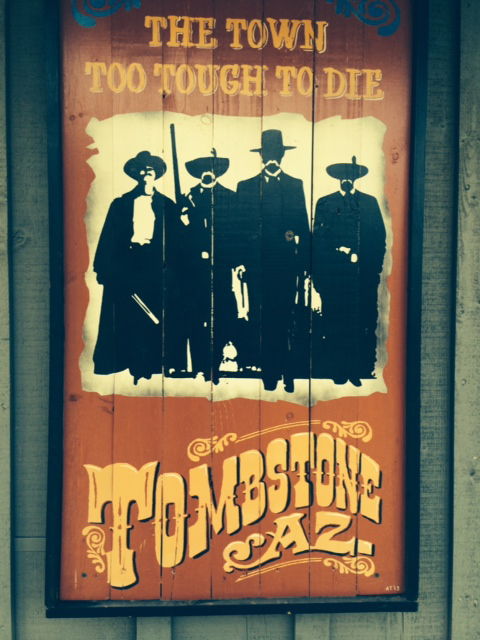 Tombstone gets the "Tombstone" treatment

Last night I had the honor and privilege of attending the 100th birthday party of Francisco Pancho Villa at the Rose Tree Inn. Here is the birthday boy surrounded by his extended family. 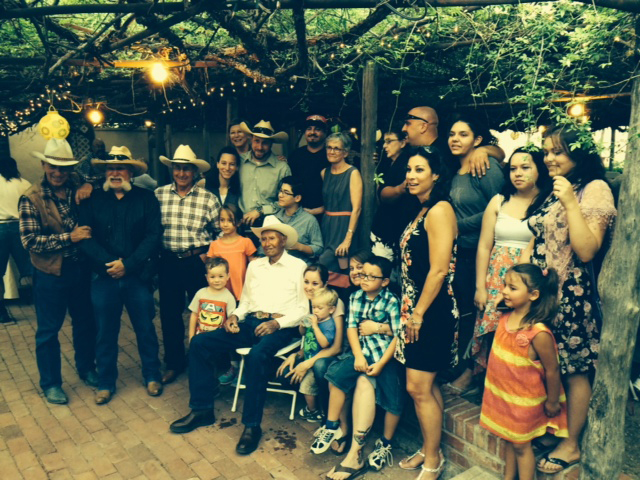 The birthday boy, seated at center, with his many admirers underneath the historic rose tree just off Toughnut Street in Tombstone.

I did a little painting of the birthday boy and presented it to him. 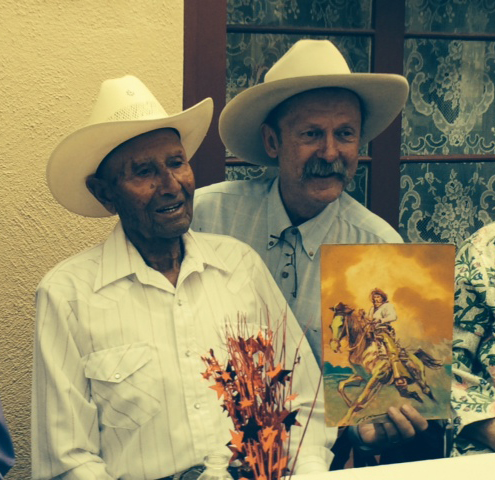 Pancho and Lefty, Daily Whip Out: "Hellbent for Tombstone"

"When in doubt, whip it out."
—Old Vaquero Saying