June 24, 2015
Did my due diligence sketches this morning and discovered something: 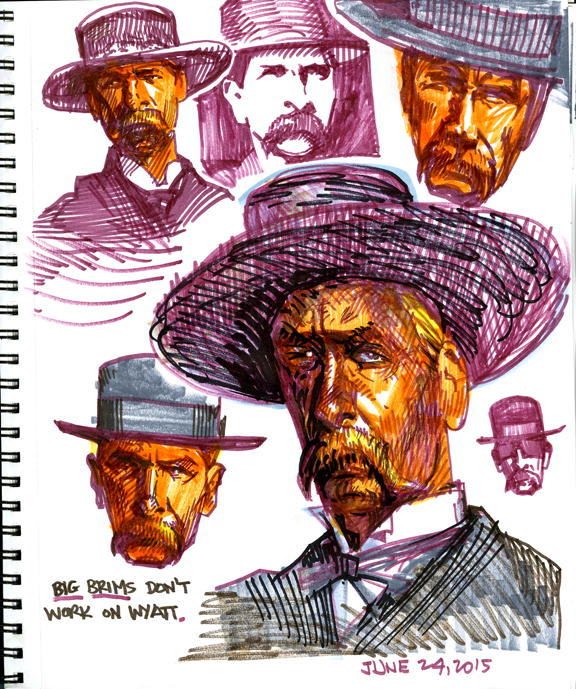 Not sure why. I'm talking about looking authentic. Is it Wyatt Earp?  I don't think so, at least on the big brim versions. Is it because the real Wyatt Earp wasn't a cowboy? And that he is shown in all his photos with a gambler sized hat? You know, a townie hat? Come to think of it, he never even wore a river-boat-gambler style hat (in his known photos, at least). I noticed this even in the movie "Tombstone." Kurt Russell's hat is almost too big in the brim. I say "almost" because it looks enough like the Dodge City Peace Commission photo hat, but it's certainly pushed in the brim zone. And, besides, we want to stretch things because it looks cooler, but is it authentic? 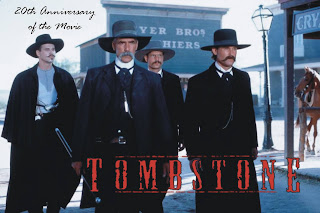 Big Brims All Around

We all want bad-ass brims, but it looks a tad over-the-top to me now. How 'bout you?

Another detail that rings a bit false to me now, is in this quick study I did this morning for a friend of mine: 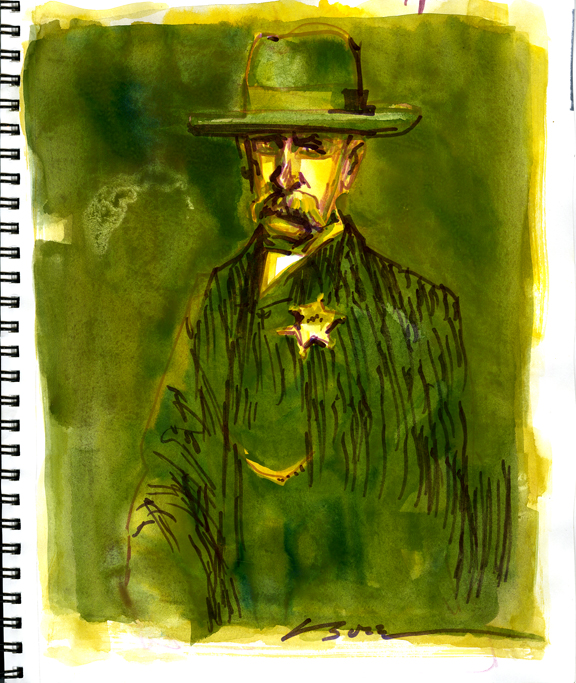 
Wyatt with a badge looks kind of fake. Granted, it's a big ol' sheriff's badge and the dude was never a sheriff of a county, but I may redo with a smaller badge, or a semi-hidden badge (for a fitting metaphor). Okay, that's enough over producing for one morning.