The Final Verdict—What Goes Around. . .

June 18, 2015
This day is an interesting place to be in the scheme of things—how the history of my time (the 1950s and 1960s) is being remembered and exploited for literary gain. Greg Hays, of Arizona West Gallery in Scottsdale, told me last week that, according to his teenaged kid, "Hippies are hip again. Big time." At first I found this amusing, and it makes some perverted sense (the new TV show "Aquarius" cross-pollinates Raymond Chandler and Charlie Manson). For a while it seemed as if the Happy Days syndrome went in ten year cycles: "American Grafiti" came out in 1972 and celebrated the car culture of 1962. Then it seemed to go in 20-year cycles, and then 30-year cycles: "The Wolf of Wall Street" sending up the coke-fueled eighties. What's clear is that what goes around, comes around. Or, as Mark Twain famously put it: "History doesn't repeat itself, but it does rhyme."

Which, of course, led me back to the pivotal year of 1929, when the Roaring Twenties came to a skidding halt and a certain old lawman cashed out without making a damn penny on his life story.

With his 81st birthday in sight, in many ways, the past must have seemed like a distant mirage to the grizzled old man. The worst part is, he really didn't have much to show for any of it. 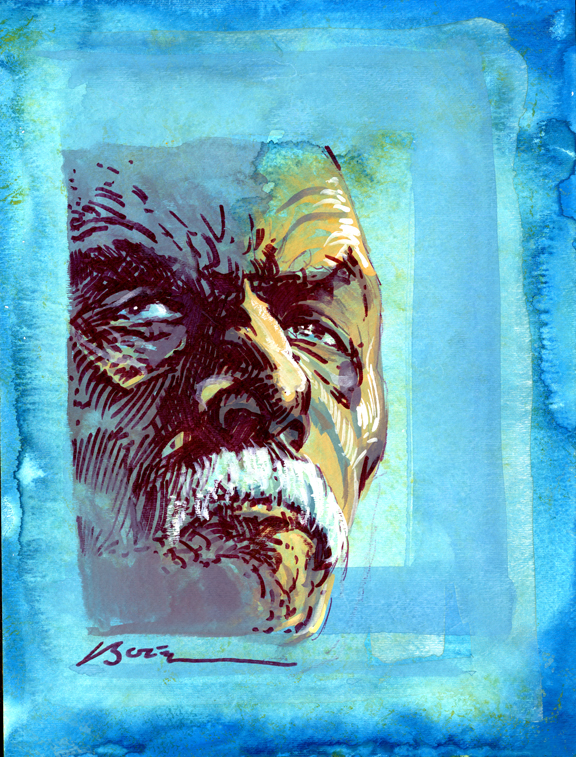 All Wyatt Earp claimed he wanted was to be vindicated for his Tombstone travails. He didn't live to see the vindication, but after the gravy train got rolling, some five years after his death, one can imagine him declaring, "Enough already. I never said I was a saint!"

"Pretty much all the honest truth telling there is in the world is done by children."
—Oliver Wendell Holmes
Posted by Bob Boze Bell at 10:38 AM