Just Another Skinny Kid From Iowa

July 17, 2015
Whether he wore one gun or two, is still open for debate, but one thing we can agree on is this: when he landed in Kansas in the early seventies he was just another skinny kid from Iowa. 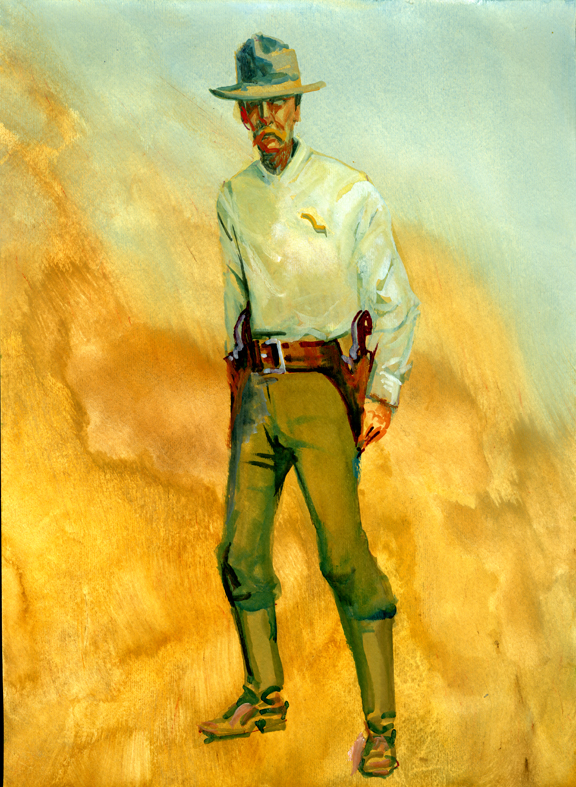 Daily Whip Out: "Wyatt In Wichita."

Meanwhile, forty years later, four outlaws got off the train. In the distance, a windmill squeaked ominously. They appeared to be ready for a showdown but High Noon was still decades away. The four outlaws were running from the old ways and Thomas Edison. Especially Thomas Edison. 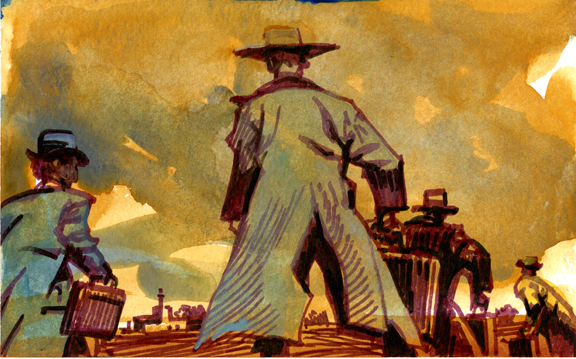 Thomas Edison led a gang known as The Trust. He and his Waspy, east-coast cronies controlled the fledgling movie business by owning all the important patents on projectors and even film stock. You couldn't show a film in the United States without paying them fees. Plus Edison and his gang hated French films and they didn't want the "star system" to invade our shores, so they banned anything they didn't like, or think America should see. This turned out to be quite a bit.

The outlaws who got off the train in Hollywood liked the sleepy town because if hired thugs from the Trust showed up, and they did, the gang could load their sets and equipment on trucks and head for Mexico. Soon, the entire town was filled with riff raff and ruffians, con men and criminals.