July 23, 2015
She had a mission and she stayed on it until the end of her life. Bossy and paranoid, impetuous and mercurial, she was a beautiful woman who was used to getting her own way. Josephine "Sadie" Marcus Earp was, as they used to say, a handful.

After Wyatt's death in 1929, she successfully demanded that the title of Stuart Lake's book be changed from "Wyatt Earp: Frontier Gunfighter" to "Wyatt Earp: Frontier Marshal." She nixed a photo of Wyatt in shirt sleeves because she said it made him look like a ruffian. She hounded Lake with letters, demanding that "it must be a nice clean story." The hidden message being there must be no mention of Wyatt's other wife Mattie, or of Josie's involvement with Behan in Tombstone. When Lake wouldn't cave to all of her demands (like Flood had) she started telling people the book was full of "outright lies." She even traveled to Boston to plead with the publisher to stop the release of the book. They handled her with kid gloves and went on press in spite of her tears and threats.

In 1934, Sadie sued Twentieth Century Fox who produced the first Frontier Marshal, claiming it was an unauthorized biography, so the producers simply changed the name of the main character to Michael Wyatt. A second version of Frontier Marshal starring Randolph Scott was produced in 1939 and Josie threatened to sue once again, but settled for $5,000.

She told her in-laws and extended family members she never received a dime from Stuart Lake, but there are multiple receipts in the Lake Collection at the Huntington Library of monies paid out to Josie Earp for thousands of dollars (there are family rumors she gambled away a good part of the money.)

According to Casey Tefertiller, in spite of her meddling and demands, one of the studios actually hired her to come on set to tell the actors how to portray Wyatt Earp. No doubt her advice emphasized that the actor be sure to talk with "pep" and always wear a jacket!

After reading about her nagging influence and blatant manipulation of the Flood manuscript I have to say, Sadie was one tiny little despot (she was barely over five feet tall). According to Mabel Earp Cason, Josie spoke with a “Brooklynese” accent.  No wonder Wyatt tried to say on her good side for 46 years—she was a little pistol! 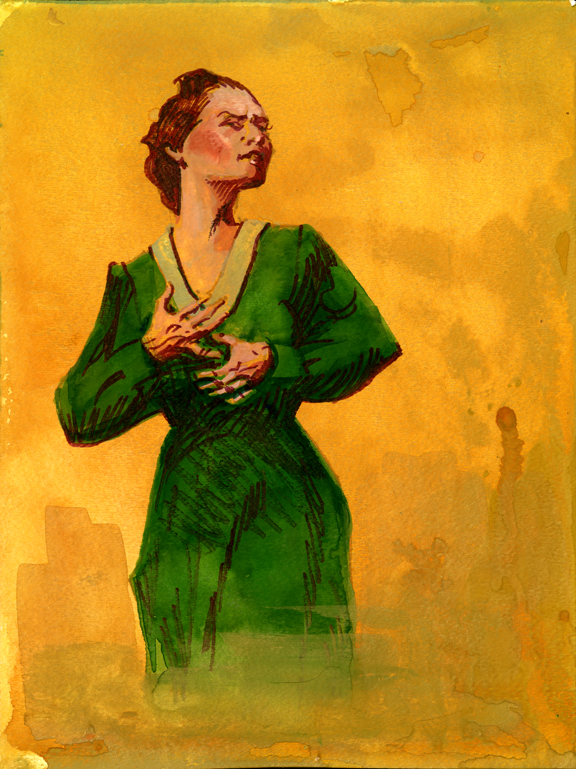 After her death in 1945 Lake got the contract with Sadie terminated and he kept all proceeds after that. Lake wrote another Wyatt Earp book in 1946 that became the basis for the John Ford film "My Darling Clementine" (1947) and he also got monies for "The Gunfight at The O.K. Corral" (1957) and he was a producer on the TV series "The Life And Legend of Wyatt Earp."

“You can’t tell me Wyatt was a killer. He lived with Josie for nearly fifty years!”
—Harold Ackerman, who endured a car trip to Tombstone with Josie