Major Cracks at The O.K. Corral 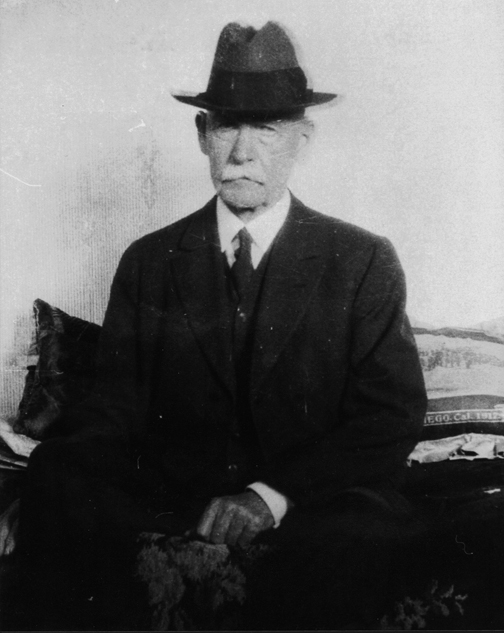 The Lion of Tombstone


"So hail and farewell to the lion of Tombstone. Strong, bold, powerful, picturesque was this fighter of the old frontier. Someething epic about him. Fashioned in Homereric mold. In his way, a hero. Whatever else he may have been, he was brave. Not even his enemies have sought to deny his splendid courage. The problems of his dangerous and difficult situation, he solved, whether wisely or foolishly, with largeness of soul and utter fearlessness. No halo is for this rugged, storm-beaten head. He was a hard man among hard men in a hard environment. What he did, he did. The record stands. But, weighed in the balance, he will not be found wanting. Judged by the circumstances of his career, the verdict in his case is clear—Wyatt Earp was a man."

But we're getting ahead of the legend, as we know it. Before Burns, there was Flood, hand picked by Wyatt and Sadie Earp to be the writer of the book on Wyatt's life that would make them all rich. They worked hard on it. They fought over sections and revised others. In the end they had a real door stopper: it clocked in at 348 pages and they were mighty enthused and hopeful.

Unfortunately, everyone they sent it to, sent it back with a "no thanks." The Saturday Evening Post said it was "Florid." They were being nice. It is beyond florid. It is horrid. How horrid?

The heart of the manuscript is the Gunfight in Tombstone. Even Flood knows it's Earp's defining moment, and so we begin Chapter XXXII, like this:

Away at the end, a ray of light struggled in beneath the partly drawn shade—the early flush of awakening day: while the moisture on the pane indicated a lowering of the temperature outside.

[To summarize: It's cold outside and Wyatt doesn't want to get up. But Flood's not done with this scene.]

For a bare thirty seconds, there was silence as the alarmist listened, with his ear towards the closed entrance of the room. Then he tried again.

"Don't that beat the band!" he exclaimed aloud. "Damn it all!" "Wyatt!" "Wyatt!" "Get up!" "Get up!" and he fairly shook the building as he pounded on the door with his fists.

[Okay, we get the picture. Wyatt Earp doesn't want to get up and it does beat the band. Certainly, we can move on to the action?]

Whether it was the vociferous superlatives of the last remarks or his impatient pounding on the door, was never explained by the sleeper within who now showed signs of life. This time, there was a faint stretching of springs as if some one had raised up suddenly in bed:

"Huh?" "What is it?" came the half conscious tones of a sleepy voice on the inside.

"Is that you Wyatt!"

"Wyatt, hurry and put on your clothes: the two McLowerys [sic] and the Clantons are in town, and Billy the Kid and they're armed for a fight!"

End of quotes from the opening of the Tombstone gunfight in Flood's florid hand. Notice that we have come full circle and that Earp-Flood are trying to lean on Billy the Kid being in on the action. Yes, Billy Claiborne was known as Billy the Kid, but still, this has an extra tinge of cheesy to it, like they're trying to cash in on the Burns book.

But just wait until we get to the main action, where the cowboys and the Earps exchange 110 shots (actually 109 CRACKs! and one BANG!) and Wyatt draws a map, that places the fight in the wrong place.

"Well, we won't put them to all that trouble, we'll go down," declared the deputy, and he and his brothers, Virgil and Morgan, buckled on their forty-fives."
—Wyatt Earp, as quoted by Flood, acknowledging they wore gunbelts, although in the Spicer Hearing he puts his pistol in his coat pocket.
Posted by Bob Boze Bell at 12:16 PM