July 12, 2015
Leave it to Gay Mathis to answer the question: Was Wyatt Earp A Two-Gun Man? Got this from her this morning:

BBB, I will send you the complete Masterson newspaper story through e-mail, if it helps..

Few Scraps Bat Masterson the Old Plainsman, in a Mood for Talk, Chats of some of the "Plan, Ordinary Men--July 17, 1910--Idaho Statesman Newspaper (Originally published in New York Herald Newspaper 1910)

Here are a couple of excerpts:

"The first gun we had out there was the old cap and ball six shooter. There was a little steel ramrod fastened alongside the barrel and aligned with the chambers of the cylinder. It was necessary to pour in the powder, then the ball, and then ram down the charge. Some were pretty quick at it, but, naturally, it was slow work at best."

"It was partly on this account that many of us carried two guns. Later when the modern cartridge came in, the "two gun man" was generally a bad man, as those who shocked the not too sensitive virtue of the country were called, but in those earlier days the two guns were a necessity. We could use two guns at once, shooting equally well with either hand. The caliber of those old guns was .36 and .44. The modern 45 colt didn't come in till about 1870, when the cavalry introduced it - just when it was needed. The first Colt .45 was of the single action type." 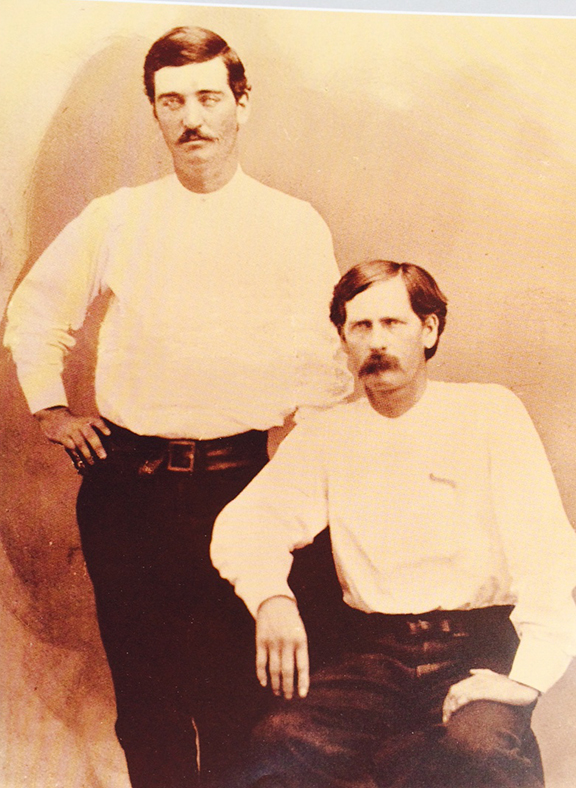 
Thanks Gay. This helps explain a bit how a two-gun lawman in the 1870s would be a necessity. HIckok is appointed marshal of Abilene, Kanas in 1871. Wyatt Earp is in Wichita in 1874 and then on to Dodge City in 1876 and a demand by the mayor that his policemen carry two pistols makes much more sense in light of Masterson's explanation.

"Wyatt Earp, who was on our police force last summer, is in town again. We hope he will accept a position on the force once more. He had a quiet way of taking the most desperate characters into custody which invariably gave one the impression that the city was able to enforce or mandate and preserve her dignity. It wasn't considered policy to draw a gun on Wyatt unless you got the drop and meant to burn powder without any preliminary talk."
—The Dodge City Times, July 7, 1877
Posted by Bob Boze Bell at 1:15 PM