Wyatt Wary As A Cat

July 14, 2015
When Wyatt Earp and Bat Masterson were hired as policemen in Dodge City, they mostly worked nights where they walked the "Deadline," a dangerous corridor full of drunk, Texas cowboys who, by and large, despised Yankees. 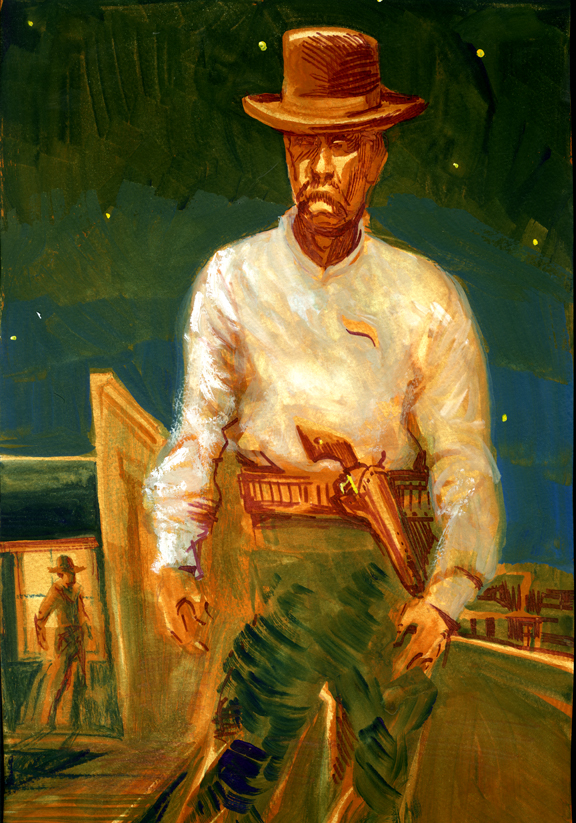 Daily Whip Out: "Wyatt Wary As A Cat."

"That feller Hamlet sure was a talkative man. He wouldn't have lasted long in Kansas."
—Wyatt Earp, after he and Tom Mix decided to get "culture" and read Shakespeare
Posted by Bob Boze Bell at 9:45 AM