Texas Ranger On The Move

July 31, 2015
Went home for lunch and grabbed a painting out of the morgue that I thought could use a tweak or two. 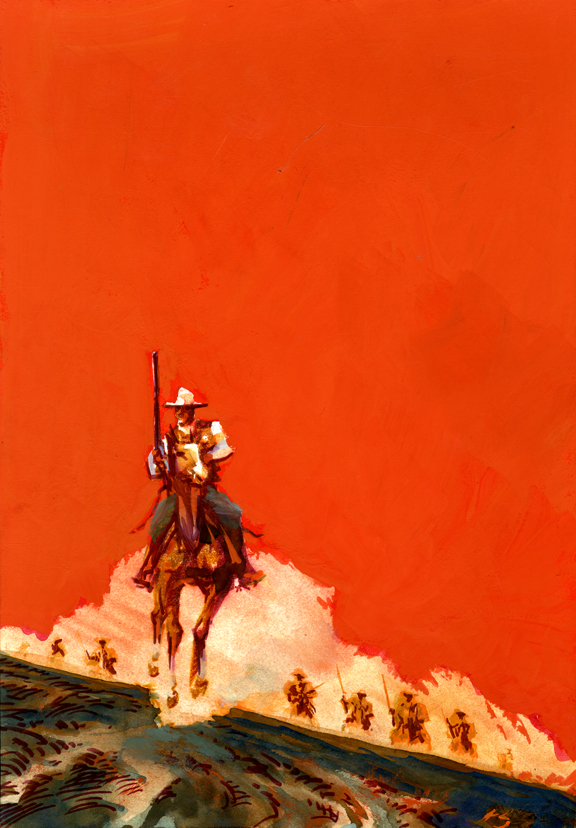 Daily Whip Out: "Texas Rangers On The Move"

I love those guys and the brutal world they rode in. Not the most politically correct position, but hey, sue me. The model for this image was Dave Daiss who rode his little pony up Ocotillo and into his driveway at a fast clip. The irony here is he looks like John Wayne. Wasn't supposed to be, wasn't even trying, but sometimes you start with Dave Daiss and you end up with The Duke. It just happens.

"Write a story where your real love and your real hatred somehow get onto the paper."
—Ray Bradbury